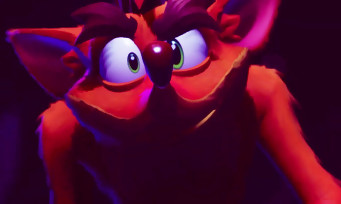 Released on October 2, 2020 on PS4 and Xbox One, Crash Bandicoot 4: It’s About Time missed the mark of the next gen ‘at the end of the year. No improvement on PS5 or Xbox Series X | S, the whirling animal had skipped to obviously bounce back better. Activision has indeed split a press release and a trailer also to announce the arrival of the game on the next gen consoles’, but also on Nintendo Switch. Nintendo’s hybrid console will not be left out, and it is from March 12 that we can get our hands on these “new” versions. Regarding the PS5 and Xbox Series X versions, be aware that the development announces native 4K 60fps (except for the Xbox Series S which will have to deal with an upscale), faster loading times and 3D sound for more ‘immersion. Good news if not for PS5 players, the DualSense will be used with its new features. Finally to finish, know that those who already own the game on PS4 and Xbox One can take advantage of the free upgrade. Come on, let’s go to the trailer.