Blood Bowl 3: a parody ad to bounce back from the Superbowl, a release date too 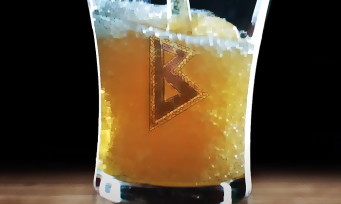 Now that Werewolf The Apocalypse Earthblood is out and it has convinced almost no one in the trade press (11/20 in our columns we remind you), Cyanide Studio will be able to devote itself fully to Blood Bowl 3, still expected for 2021 on PC, PS4, Xbox One, Nintendo Switch, PS5 and Xbox Series X | S. Third episode of this strategy game which is inspired by American football, Blood Bowl 3 obviously could not but evoke the superbowl of this Sunday evening which allowed America to meet around their favorite sport. Suddenly, in order to bounce back with humor and panache on one of the sporting events of the year, the developers have prepared a parody advertisement which praises the merits of Bugman’s Beer.

A catchline was even invented for the occasion and we learn that this beer “has been brewed and distributed throughout the lands of the Old World, Bugman’s XXXXXX can be enjoyed in its entirety, from its smooth foam to the last sip. At the sight of it, even a nimble dwarf is capable of downing the opposing team and running 25 yards to taste this sweet brew. “ Fairly funny communication around the game, this advertisement is also an opportunity to specify that Blood Bowl will arrive in August 2021 on all the media on which it was announced.