Zelda Game & Watch: compulsive buying? Our unboxing, our opinion and our comparison 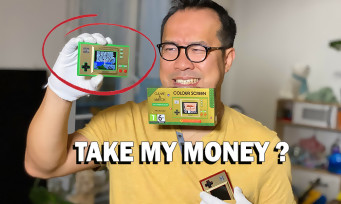 Available for sale since November 12, the Game & Watch The Legend of Zelda arrives in stores a full year after the release of the Game & Watch Mario, which initiated the return of these electronic games of the 80s. say that Nintendo has always had the chic to offer new with old and this reissue of a cult object that rocked our childhood is back for the 35th anniversary of The Legend of Zelda series. And even though Nintendo did not want to be as verbose as for the 35 Mario springs, we can see some nice improvements for this Game & Watch with pixie green hues. The first thing quite obvious is the presence of 4 games (The Legend of Zelda: The Legend of Zelda II: The Adventure of Link, Zelda: Link’s Awakening and Vermin which takes up the concept of the Game & Watch Ball where Link must banging the heads of moles coming out of their holes). Among the improvements, there is also a display decorated with a Triforce and which serves as a crutch for those who wish to use the machine as an alarm clock or timer. We would have preferred a real crutch instead of this somewhat wobbly solution, we are not going to lie to you. We also note the presence of 2 additional buttons, Start & Select, which are housed above the A and B keys. As for the rest, that is to say the manufacture, materials and finishes , we suggest you watch our video below.