Xbox Game Pass: here are the new games for April, GTA 5 is there and it is also playable via xCloud 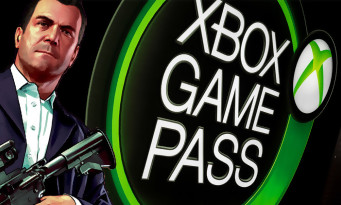 While Sony has just announced the arrival of Marvel’s Avengers or Borderlands 3 in PlayStation Now, Microsoft’s turn to draw with its famous Xbox Game Pass which continues to garner hits: for the month of April, the American manufacturer does not laugh and then pays for the services of Grand Theft Auto V, the great, the famous, which will also be available on xCloud. In other words, walking around Los Santos from your phone using 4G is now possible. We can also count on the presence of other more varied titles like the recent NHL 21 or Zombie Army 4: Dead War (also offered this month on the PlayStation Plus). Rather, judge:

To all this, we will add the compatibility, on xCloud, of fifty games with the touch screen of your mobiles and tablets to be played without any controller. And we’re not going to spit in the soup. Happy ?