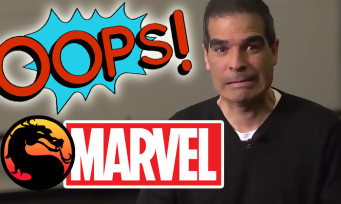 In recent days, the Internet has ignited following the rumors of a certain Marvel Fighters, a fighting game that the studio NetherRealm (Mortal Kombat) would be developing. Statements by insider Daniel Ritchmann, known for his leaks around the MCU, which already make many people fantasize, who would like to see a fighting game similar to what the studio did with Injustice 1 and 2 , but on the side of the Marvel team. Many players have rightly recalled that NetherRealm Studios is the property of Warner Bros., which holds the DC licenses, and that it is therefore quite impossible that such a publisher could leave one from its studios work for its main competitor, Marvel. It will be recalled that the LEGO Marvel games, developed by the studio TT Games, were however published by Warner Bros Games without this shocking anyone.

Also, to support the Daniel Ritchmann rumor, a certain Ben Hanson unearthed an interview with Ed Boon, creator of the Mortal Kombat saga, in which he admits in 2019 face-camera to having been contacted by Marvel to make a fighting game with the superheroes of the same team. An admission that Ed Boon seems to regret at one point, as if he had made a dumpling, later specifying that he would dream of making a Marvel fighting game, but also a clash between the characters of DC and those of the Marvel team. What further reinforce this increasingly plausible rumor …