What Is Jail Like For R. Kelly During Sex Crimes Trial? ‘He Does Not Get Any Special Accommodations’ 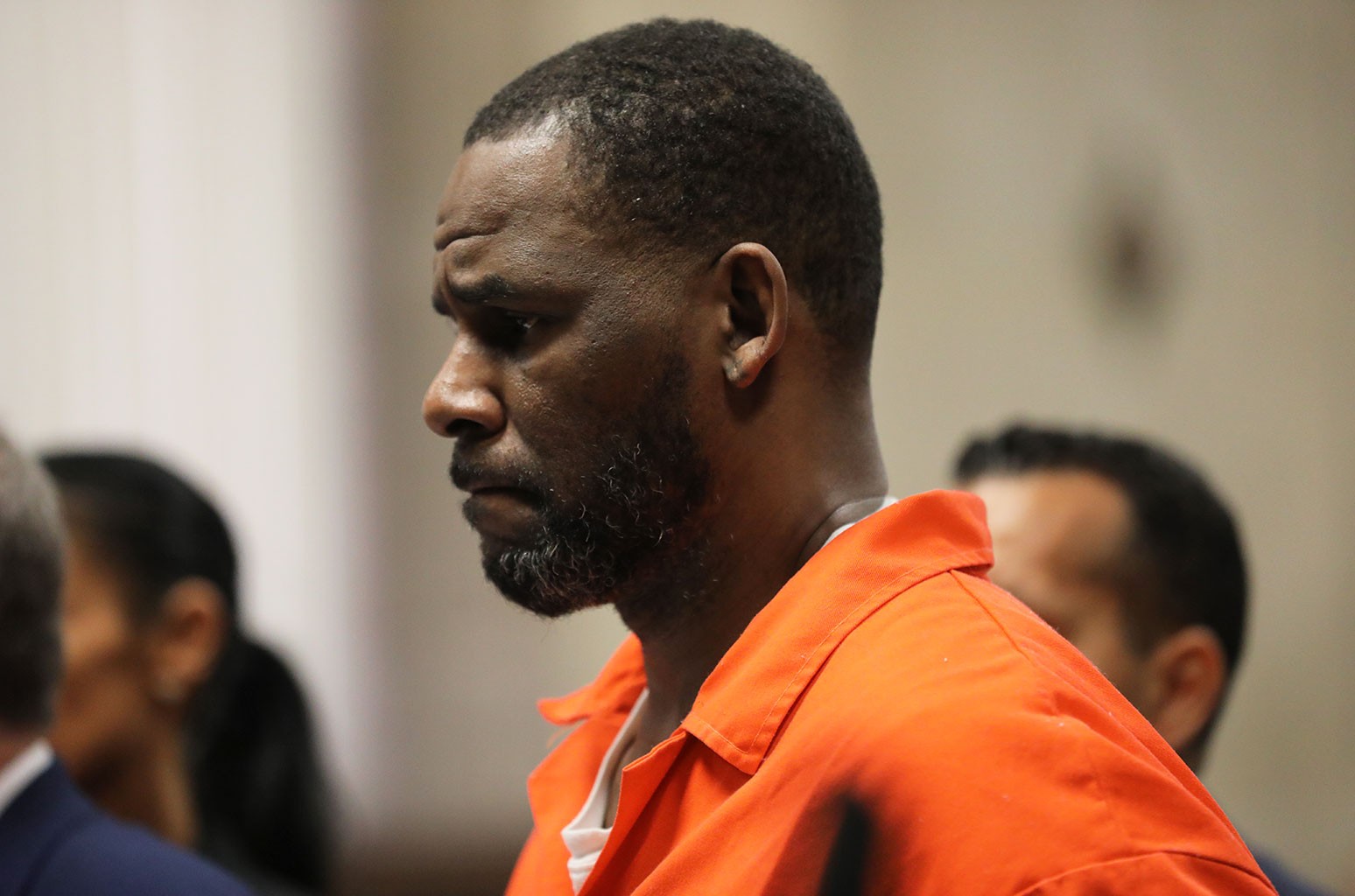 It’s been more than two years since disgraced R&B singer R. Kelly went from living a life of superstar luxury to spending more than 20 hours a day in a cramped prison cell awaiting trial and eating packs of Ramen noodles heated up on a tray.

That’s been the once high-flying star’s reality since he was arrested in July 2019 in Chicago by NYPD detectives and Homeland Security officers and indicted by a federal grand jury on federal charges that alleged aggravated criminal sexual abuse; Kelly has denied multiple allegations that he sexually abused a number of women, three of whom were allegedly minors at the time. And that’s still the case now, as Kelly remains detained during his New York trial on federal charges of racketeering and the sexual exploitation and trafficking of children that could result in a sentence of 10 years to life in prison.

Kelly has spent time at two federal lock-ups — the Metropolitan Correctional Center in Chicago and now at the Metropolitan Detention Center in Brooklyn in the midst of his ongoing sex-trafficking trial in New York. And because more than half of his detention has taken place in the midst of the still-raging COVID-19 pandemic — which has taken an especially hard toll on prisoners — experts tell Billboard that Kelly’s time in lockup has likely been even more challenging.

“Start with the proposition that MCC [in Chicago] is a very tough place to spend time because it’s a small facility to begin with — and it doesn’t offer a lot in the nature of programming, and that he was detained at one of the worst times in history because of COVID,” attorney Michael Leonard tells Billboard. Leonard withdrew from representing Kelly, 54, in the New York case, but is still slated to be on the singer’s defense team for the upcoming Chicago trial, where he faces 13 federal charges, including aggravated criminal sexual abuse.

Kelly has spent the majority of his time in the Chicago lock-up, where Leonard says he is only allowed out of his 8×10, two-person cell for a few hours day to check his email, talk to his lawyers, make phone calls, shower and eat, with no access to the rooftop basketball court that is typically available during non-COVID times. Otherwise, he says, Kelly is restricted to his cell and, like his fellow inmates, subject to the fear of infection from COVID in the kind of conditions that experts have called an “epidemic engine.”

“It’s a horribly emotional time to be detained, maybe one of the worst ever,” Leonard says, noting that Kelly can’t hang out in the dormitory-style areas of the prison where in non-COVID times he might have had more contact with fellow inmates. And though Leonard says Kelly was placed in a segregated unit for a brief period early on for his own protection — those units are typically reserved for disciplinary reasons — after another inmate attacked him in April 2020, in general he’s been treated “very well” and respected by his fellow prisoners so far.

“Every once in a blue moon he would sing a song for them and the place would go crazy,” Leonard says, adding that “everyone knows who he is and he gets along with people… he’s very approachable.” The bottom line is the singer is not getting any special treatment inside from prison officials, with the exception of additional access to his lawyers via more frequent video conferences because of his “limitations with reading and writing“; Kelly is rumored to be unable to read and write due to an undiagnosed learning disability.

Otherwise, Leonard says Kelly is locked in his cell for 22 hours a day or more and has to eat the same bland food as everyone else, augmenting his diet with what the attorney says are shockingly overpriced additional items from the commissary. “You can get, for instance, seven packs of Ramen noodles or six pouches of tuna per week and two packs of cookies and most people there are living on that stuff,” he says, adding that there is an exorbitant mark-up on the commissary items, such as $90 MP3 players that he suspects would go for $10 on the street and three-song packs that run $5.

While Chicago-based Leonard is well-acquainted with his city’s MCC, New York-based attorney Stacey Richman is equally familiar with Kelly’s current New York accommodations. “He will get the same food as everyone else. He, like everyone else, will have commissary money so he can access more foods and sundries,” Richman tells Billboard. Her former client, Lil Wayne, spent eight months at New York’s notoriously rough Rikers Island jail in 2010 after pleading guilty to attempted criminal possession of a weapon; Richman has no first-hand knowledge of Kelly’s conditions in lockup, but was speaking in general terms based on her professional experience with the penal system.

Richman tells Billboard that despite his Grammy-winning status, she suspects that Kelly “does not get any special accommodations.” In fact, Richman notes that as a celebrity, both inmates and staff will likely “try to break his chops [while] others will try to get next to him” and still more inmates and staff might try to extort the singer.

“If he is smart he will use his celebrity status to get special attention from other inmates,” she says of the singer, who might find that his autograph could be “of some value” to other inmates and that he might be able to trade it for sought-after items; Richman says that during Weezy’s incarceration “they even wanted to buy his underwear!”

Another high-profile attorney with experience helping celebrity clients manage life behind bars, Mark Geragos, tells Billboard that, in general, prison is “much tougher” on people with a high profile due to fame.

The lawyer, whose clients have included Chris Brown, Michael Jackson, Winona Ryder and Scott Peterson, says the upside is that federal authorities are very keen to make sure that nothing happens to a well-known inmate who is the focus of a lot of attention, especially in the wake of the murky details surrounding the death of convicted sex offender Jeffrey Epstein. The financier who was convicted in 2008 of procuring a child for prostitution and soliciting a prostitute, was found unresponsive in his cell at the MCC in New York in August 2019 in what has been described as a suicide.

“I think it’s fair to say that after Epstein and all the attention it put on federal holding facilities… nobody wants that to happen again,” says Geragos. Kelly, who has repeatedly been denied bail, is expected to stay locked up during the duration of both trials.