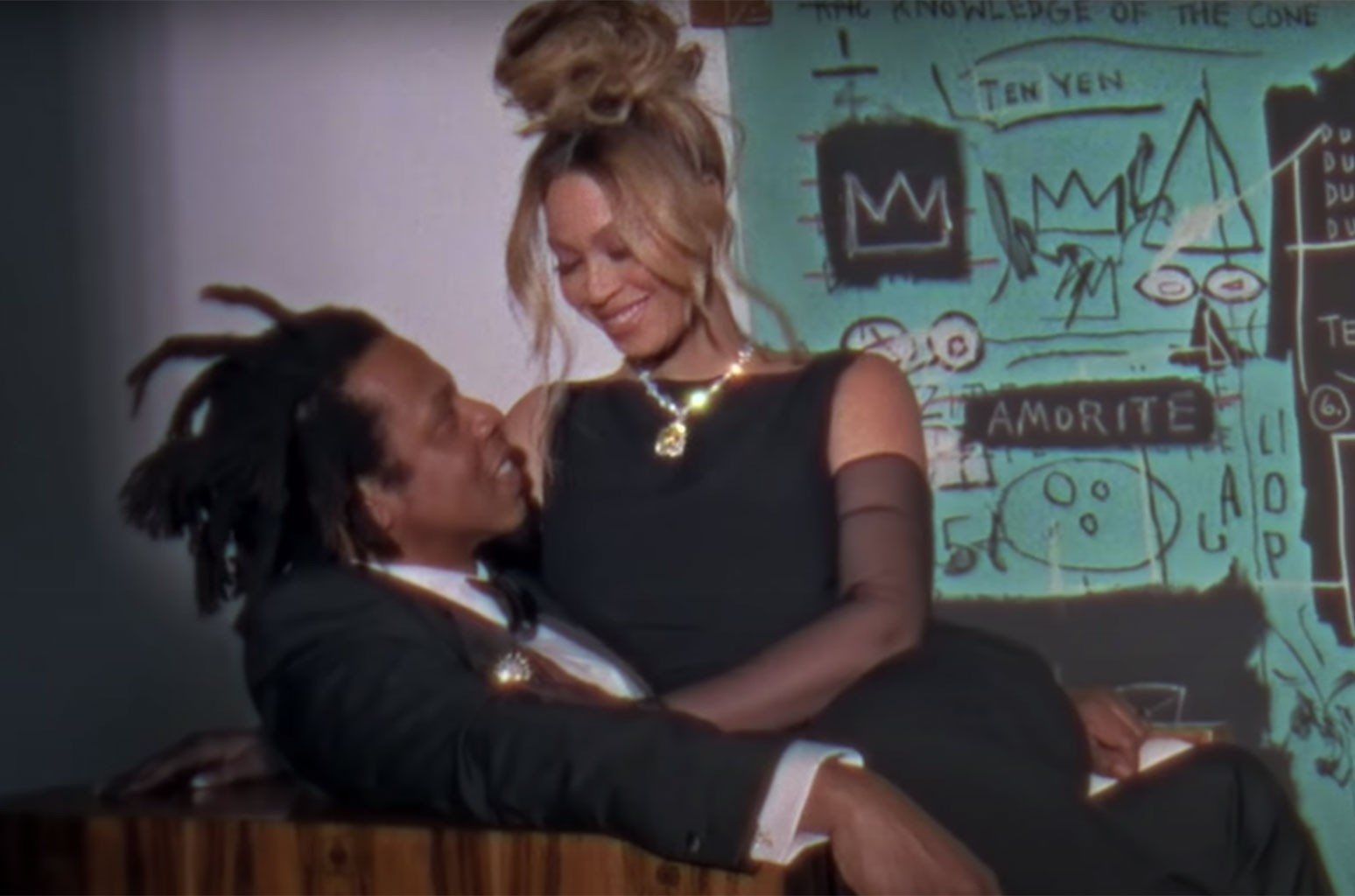 Beyoncé and Jay-Z‘s love shines brighter than the Tiffany Diamond in their “About Love” Tiffany & Co. campaign film, which premiered on Monday (Sept. 13).

Directed by Emmanuel Adjei, the campaign film starts with Hov typing on a typewriter late at night as he awaits for his love to arrive, who’s flying in, the yellow Tiffany Diamond illuminating her golden brown eyes. She remains the apple of Jay’s eye throughout the minute-and-a-half clip, as he captures her swoon-worthy rendition of the Oscar- and Grammy-winning 1961 classic “Moon River,” which was made famous by Audrey Hepburn in the film Breakfast at Tiffany’s, on a Super 8 camera.

He plays back the vintage film in a private theater, which brings a sparkle to his eyes like the diamonds Bey wears throughout. When she finally arrives at the Orum House, which has a dazzling view of the city and was personally selected by the Carters to shoot the film in, the couple come together as one and show off their undeniable chemistry and palpable love for one another.

Tiffany & Co. announced in August that the power couple would be the faces of the luxury jeweler’s latest “About Love” campaign, which featured Bey wearing the Tiffany Diamond — the first time the namesake gemstone had been worn in a campaign — as well as a never-before-seen Jean-Michel Basquiat painting, 1982’s Equals Pi.

Bey and Jay’s respective charities, BeyGOOD and the Shawn Carter Foundation also partnered partnered with Tiffany & Co. to launch the About Love Scholarship program. They have pledged $2 million in scholarship funding to Historically Black Colleges and Universities (a.k.a. HBCUs) to help students who are pursuing studies in history, communications or the arts.

See the Carters in the “About Love” Tiffany & Co. campaign film below.