Uncharted 5: Naughty Dog is recruiting, the series about to be relaunched without Nathan Drake? 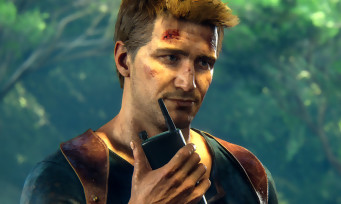 After Uncharted 4: A Thief’s End, we thought that the series would not return to the front of the video game scene anytime soon, especially without Nathan Drake. Indeed, in 2017, Evan Wells – then co-president of Naughty Dog with Christophe Balestra – made it clear that the chances of the studio developing Uncharted 5 were slim. “I would say it is unlikely that Naughty Dog will do another episode after this one. [Uncharted 4]he said. Never say never, but we’re wrapped up in The Last of Us Part II, and there’s so much more [que nous voulons explorer]. It would be complicated. If, by magic, we had two or three different teams within the studio, of course we would have continued and that would have been great. We really like the license, but the studio’s resources are limited, and then we have plenty of other ideas. I would say the probability is low.“
Last January, Shaun Escayg (creative director at Naughty Dog) was less assertive on the subject, proof that the teams have undoubtedly evolved in their thinking, especially with a PS5 capable of giving a whole new dimension to the license. “There’s one thing I know for sure is never say neverhe said. Uncharted is a license that we love, that the studio loves. I love him, and Kurt loves him too. It is a universe that we want to develop. That is a certainty.“

Today, it’s the turn of another member of Naughty Dog to take another step towards a possible Uncharted 5. Recently in charge of recruitment, Christina-Marie Drake McBrearty explains her various missions on her profile LinkedInincluding that of “building future teams not only to create new games, but also for the legacy of Uncharted which is something very personal to me and my family.“

Of course, the tracks are multiple: beyond Uncharted 5, the idea of ​​a spin-off highlighting another character from the saga is not far-fetched. Some even imagine a ramake, or even a reboot. In any case, Naughty Dog does not twiddle its thumbs since it is at work on a multiplayer-oriented title (probably The Last of Us 2 Factions), not to mention the very likely remake of The Last of Us.