Street Fighter 5: Luke, the last character of Season 5, featured in a 26 min video 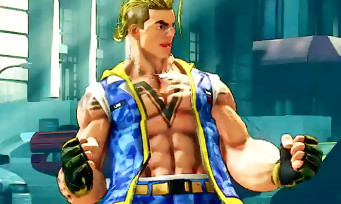 Revealed last August on the occasion of Street Fighter V Summer Update 2021, Luke made the show last night during a stream hosted by Capcom. The last character of Season 5 to emerge, Luke had been controversial during his reveal, because of his resemblances to the Steve of Tekken and that he was still a blond alpha male with blue eyes. But whatever, the fighter will arrive as he is on November 29 and he gave a more than complete presentation. We were able to discover his backstory, his childhood traumas, but also his palette of movements. A boxer at heart, he makes perfect use of his fists with which he will keep the distance and will be very offensive with his unexpected reach. We note that he is able to perform Target Combos, Triple Impacts and also Snapback Combos, but that he can also cancel his low attacks to follow up with a special attack. The kind of sequence that will make a big splash during eSports tournaments. As for special attacks, he can execute a Flash Knuckle by charging his blows, causing considerable damage to the opponent. A fighter to watch therefore, which should appeal to a lot of arcade stick specialists.