Starfield: unsurprisingly, the release of the game is postponed, here is the new date 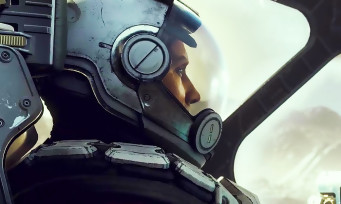 Promises only bind those who believe in them, and many players were convinced that Starfield would indeed be released on November 11th. Only here, Bethesda Software has (as expected?) Cooled everyone down by announcing through an official press release that the game would finally land in 2023, just like Redfall, Arkane Austin’s FPS announced last year. “We have made the decision to push the release of Starfield and Redfall to the first half of 2023can we read. The teams at Arkane Austin (Redfall) and Bethesda Game Studios have huge ambitions for their respective games, and we want to make sure you get the best possible build for each of them. […] We look forward to sharing a detailed overview of Redfall and Starfield with you soon.“

An update on Redfall and Starfield. pic.twitter.com/pqDtx26Uu6

The last sentence of the press release makes it clear that gameplay will be unveiled during the Xbox & Bethesda Games Showcase which, we remind you, will take place on Sunday June 12 at 7 p.m. (French time). For the record, director Todd Howard said last year that he was confident that Starfield could be ready for a November 11 launch. He even made it clear that while there was still a lot to do, development was at a stage where it was possible to play the game from start to finish. Today, the discourse is totally different.