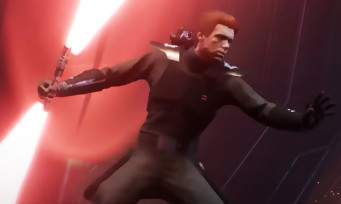 Failing to offer us real next-gen games on Xbox Series X, Xbox Series S and PS5, the developers are taking advantage of the new consoles from Microsoft and Sony Interactive Entertainment to improve current productions. We already knew that Star Wars Jedi: Fallen Order was entitled to the famous free update last January, but it seems that Electronic Arts and Respawn Entertainment want to go further.

Indeed, if we are to believe the USK – the body responsible for classifying video games in Germany – Star Wars Jedi: Fallen Order should soon be the subject of a native version. In other words, this version – if it were to be confirmed – would not be satisfied with boosting the resolution and the framerate, but would really exploit the capacities of the machines. A bit like what CD Projekt RED is preparing for Cyberpunk 2077, for example.

We recall that Star Wars Jedi: Fallen Order was released in 2019 on Xbox One, PC and PS4, and that it was a pleasant surprise. Moreover, the critical and commercial success (more than 10 million copies sold worldwide) was such that Electronic Arts – which had yet decided to turn its back on single player games – finally changed its mind. So, the next Dragon Age would be entirely dedicated to solo, and Star Wars Jedi: Fallen Order 2 would be in the pipes.