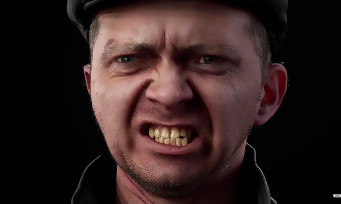 The meeting has been set and the developers of GSC Game World were well and truly at the rendezvous at ID @ Xbox which was dedicated to the indie PC and Xbox games scene. And as expected, there was no question of revealing the gameplay of STALKER 2, but of presenting the technical capabilities of the Ukrainian studio’s in-house 3D engine. And the least we can say is that the developers have managed to achieve a level of photo-realism that commands respect. It only takes a few seconds to realize a certain mastery in the modeling of the character, whether it is the rendering of the skin, the impurities on the teeth, which are yellowish moreover, the hairiness and even the eyes. This video is also an opportunity to have an overview of the weapons that will be possible to use in the game, with of course a specific focus on each weapon and close shots on the rendering of the materials used. Enough to indulge in a few more fantasies, while waiting for the official release scheduled for the end of 2021 if all goes well.