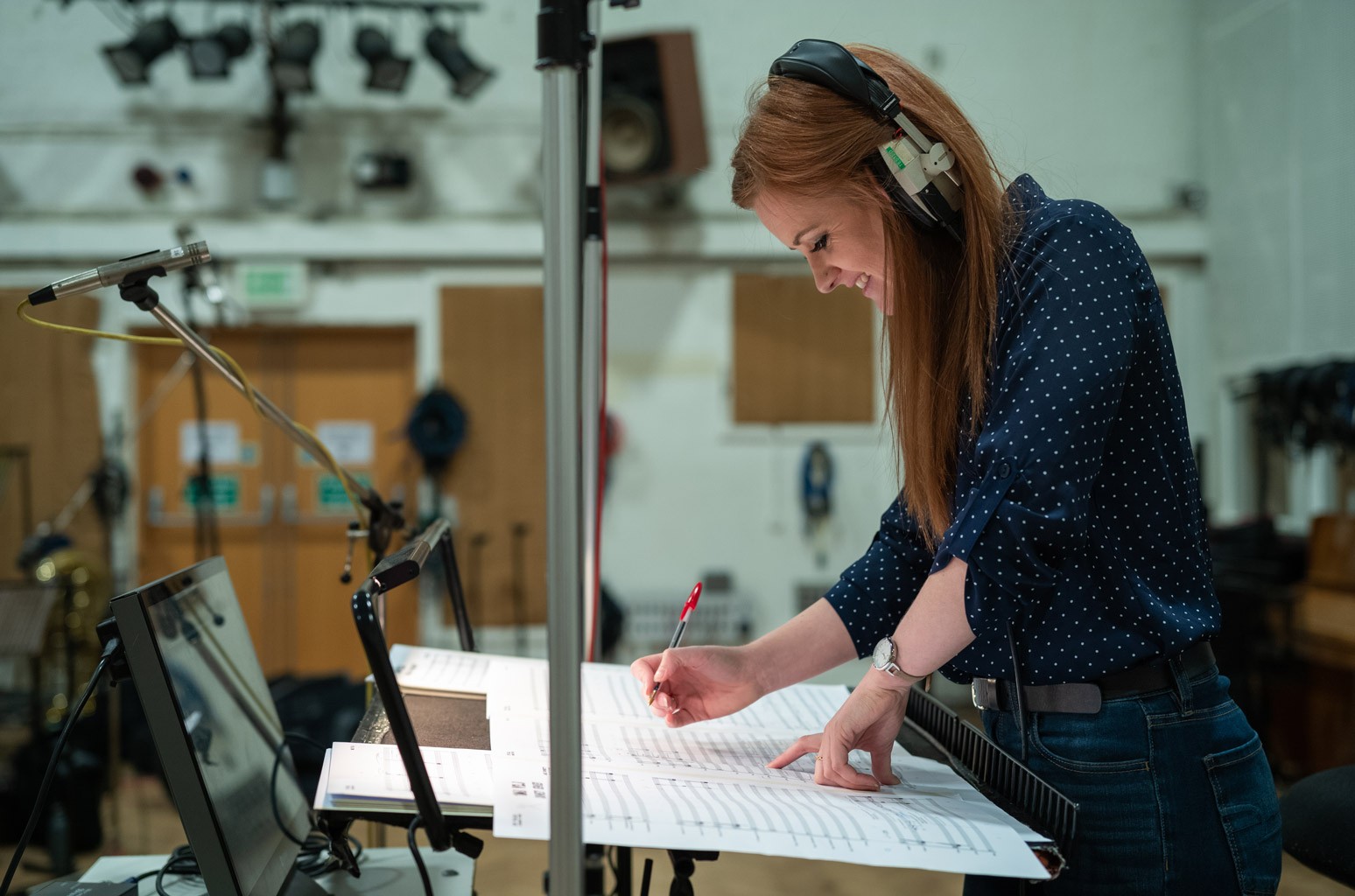 One day in 2006, while Amie Doherty was studying music at Trinity College in Dublin, her class was visited by composer Anna Rice — a visit Doherty credits with sending her down the path she’s on today. “I had no idea how someone from a small town in the west of Ireland ends up in Hollywood, scoring animated films,” she says, “which, honestly, was the dream.”

Rice gave Doherty her contact information, and the Galway-born aspiring composer soon reached out. Rice — herself an established presence in Irish film and TV — encouraged Doherty to apply to the ASCAP Film Scoring Workshop in Los Angeles, which Doherty was accepted into during the summer of 2013. The following year, she won ASCAP’s Harold Arlen Film and TV Award, and made L.A. her permanent home while attending Berklee College of Music to earn a masters in scoring for film, television, and video games.

Thanks to ASCAP, she later landed her first assistant job while also networking through the Sundance Composer Lab. Doherty was soon scoring for a range of TV shows and films (including Amazon Prime’s Here And Now, starring Sarah Jessica Parker), as well as orchestrating and conducting for musicians like Lady Gaga and 50 Cent.

More recently, Doherty landed her most high-profile projects to date with films like The High Note and Happiest Season. With her latest production, Dreamworks Animation’s Spirit Untamed, out today (June 4), the Irish composer is the first woman to score an animated feature from the studio.

Doherty spoke about her rise and latest opportunity with Billboard from her home in Hollywood.

You’re making history with Spirit Untamed. What doors do you hope it opens?

My dream would be, in a few years, that the term “female composer” or “woman composer” doesn’t even exist; that there is no gender in music. If you see a woman’s name at the end of the movie under the ‘music by’ credit, no one would bat an eyelid. Having said that, I’m very very grateful and honored to have my name be this milestone of being the first woman to score a DreamWorks Animation film, but at the same time, it’s hopefully just a milestone towards it not even being a thing.

You’re also credited as a songwriter on the film’s theme song, “Fearless.” How did that happen?

They had this lullaby that they wanted to open the movie with that [the mother in the film] Milagro sings to Lucky [her daughter], and the idea was to use the melody from the lullaby throughout the film and weave it into the themes of the score. Every time Lucky’s afraid or she’s feeling a bit down, we want her to feel like her mother is there with her. So I wrote some placeholder lyrics based on what the filmmakers told me. I didn’t overthink it, because I assumed they would replace them.

We got on a call, and it was only a very rough sketch at this stage — it was like one verse and a chorus, not the full song — and I played it. And when we all turned our videos back on everyone was crying. And then they were like, “We’re keeping the lyrics. We love it.” I was like, “I guess I’m a songwriter now — who knew?”

It’s a nice surprise to hear Jake Gyllenhaal singing in the film.

Jake Gyllenhaal came on to sing at the end of the movie in this very funny, endearing way. And we just had an absolute blast recording him because I have, honestly, 50 or 60 takes of him going way out there and then like bringing us all to tears with a super sweet version. We fell somewhere in the middle with it, but it was so fun.

Before Spirit Untamed, you composed the score for The High Note and Happiest Season. What has it been like working through the pandemic?

I had done one recording session for The High Note and it was supposed to be a theatrical release, but because of COVID they released it on-demand. And then the same thing happened with Happiest Season on Hulu. But in a way, I think that worked out so well, because I feel like so many more people saw it that would have never gone to the theater — and it gave everyone like so many people the lift that they really needed.

I’ve just been trying to look at all the positives, even with Spirit Untamed. Every composer’s big dream is to get to record the whole big orchestra and do the thing. Then as COVID went on, they booked Abbey Road, but we weren’t able to go. We did the entire session remotely. I sat in this room from 6 a.m. to 2 p.m. every day for nine days straight and spoke directly into the musicians’ ears and produced the session from here. I was just so glad that we could do it at all. And I didn’t have to do a 12-hour flight!

You took part in programs like the ASCAP Film Scoring Workshop, the Sundance Composer Lab and the inaugural Universal Film Music Composer Initiative, which are all working to make the industry more gender inclusive. How beneficial have they been for your career?

Huge. I’m so grateful that I’ve been a part of them and that I applied, and I tell every composer who’s coming out here [to L.A.] to apply for these programs. It just opened up these doors, it got my music in front of people who could make a difference in pushing women and people of color to be included in the mix. I’m not asking to be hired because I’m a woman, all I’m asking is to be able to put my hat in the ring.