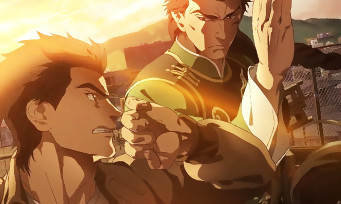 Two years soon since the mediocre Shenmue III was released on PC and PS4. If hardcore fans still refuse to admit the obsolescence of their favorite game, others believe the license has a chance to break through through other mediums. This is indeed the case for Crunchyroll, Adult Swim and the Japanese studio Telecom Animation Film, which will launch in 2022 an animated series on the adventures of Ryo Hazuki facing Lan Di. A total of 13 episodes were ordered from the studio behind the Minipousse, Cobra the film (1982), or even Lupine III: Le Tombeau de Daisuke Jigen (2014), which specifies that Yu Suzuki, the creator of the game, was involved in the project as an executive producer. Just to see what the final rendering looks like, we are entitled to a trailer that obviously does not really highlight the animation. Likewise, the chara-design lacks character, but hopefully the rest will follow. Arriving therefore in legal streaming within a few months.