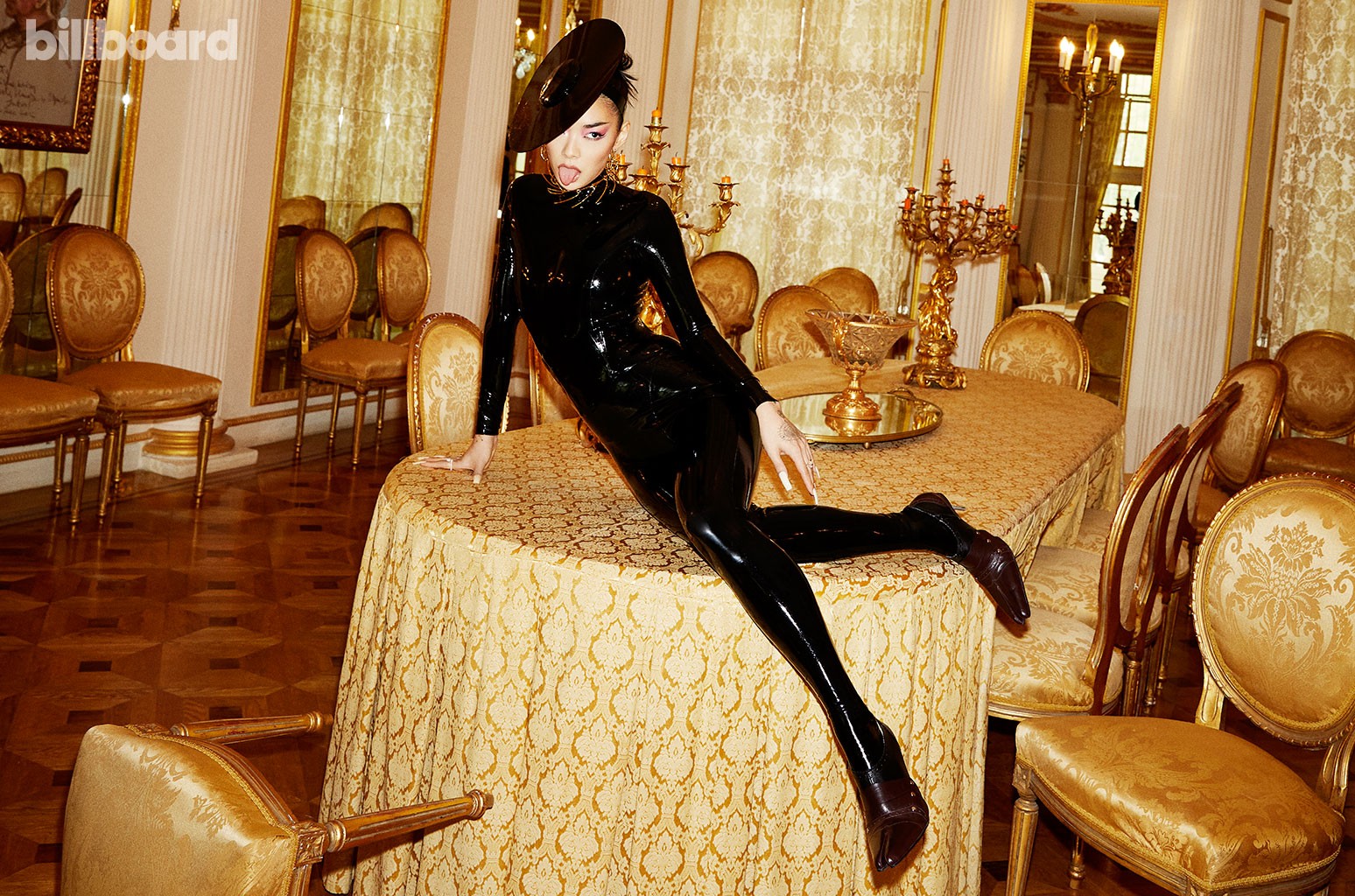 Happy Pride Month! Rina Sawayama kicks off the celebration with her regal Billboard Pride Issue cover story this. But June also marks the one-year anniversary of #TheShowMustBePaused, and founding executives Brianna Agyemang and Jamila Thomas reflected on the work the music industry needs to continue doing during Billboard‘s roundtable discussion.

Music festival fans will be ecstatic to hear that Coachella and Stagecoach will no longer be on its two-year pause due to the COVID-19 pandemic, since Goldenvoice announced both festivals’ return in April 2022.

Plus, BTS returns to the top of the Billboard Hot 100 with their summer anthem “Butter,” and they’re rolling out more flavors.

Take a look at Billboard‘s new weekly roundup and the “awards” we gave to this week’s headlines.

Lil Dicky teased what’s to come in season 2 of his FXX comedy series Dave with a star-studded trailer on Thursday (June 3). From hanging poolside with Hailey Bieber and Kendall Jenner to matching with Doja Cat on a dating site and showing her not-PG-rated pictures to his parents for their approval, Dicky’s character Dave is in for a crazier adventure all while trying to put out his debut album. Watch the trailer here.

BTS was in for a real treat this week, and so was the ARMY. In the June 5-dated chart, BTS’ second English-language single earned the K-pop supergroup its fourth No. 1 hit on the Hot 100 in nine months. “Butter” also glided to the top of both the Billboard Global 200 and Billboard Global Excl. U.S. charts, earning the highest weekly worldwide streams and sales since both tallies launched in September. But BTS isn’t done whipping up more servings of “Butter” — they released the “Cooler” and “Sweeter” remixes on Friday (June 4). Read about BTS’ latest Billboard chart feats here and here, and listen to the freshest “Butter” remixes here.

British-Japanese pop star Rina Sawayama’s colorful persona is on full display on the cover of Billboard‘s Pride Issue, where she unpacks her unabashedly queer pop music that’s also influenced by her experience as an immigrant torn between different homelands. Mitchell Kuga writes, “Sawayama makes music about feeling like an outsider and fighting for agency; that she wields it back at the music industry, making room for other outsiders in the process, cuts to the heart of what makes her so exciting.” Read the entire cover story here and see the photos from the shoot here.

“I say that’s my baby and I’m really proud.” Taylor Swift’s comment on Olivia Rodrigo’s post about the initial success of the latter’s blockbuster debut hit “Drivers License” becomes truer and truer with every record the 18-year-old breaks — and one of them happened to be previously set by Swift. Rodrigo’s debut album Sour, which captures the biggest week of 2021 for an album with its No. 1 debut on the Billboard 200, scored the most songs (8) in the top 10 at one time by a woman on Billboard’s Streaming Songs chart, beating out Swift’s record (6). But Swift is still fearlessly shattering other records after she earned the biggest sales week for a vinyl album in the U.S. since MRC Data began tracking sales in 1991 with Evermore. Read about Rodrigo’s record-setting week on the Billboard 200 here and the Streaming Songs chart here, and check out about Swift’s record-setting week in vinyl album sales here.

A year ago on Wednesday (June 2), Brianna Agyemang and Jamila Thomas paused the multibillion-dollar music industry for a day of racial reckoning and reflection on its own systemic bias dubbed as #TheShowMustBePaused. The two founders and three more industry executives came together for Billboard‘s virtual roundtable discussion, moderated by Billboard‘s Gail Mitchell, to assess the last year and continue taking the industry to task on the work that still needs to be done. Watch it below and read the main points of the conversation here.

Most Surprising Music News: Coachella and Stagecoach announce their return in April 2022

Coachella and Stagecoach, North America’s largest multi-genre music festival and largest country music festival, will return in April 2022 after a two-year pandemic pause. “We look forward to being in the desert next April with all of our friends,” festival founder and Goldenvoice president and chief executive Paul Tollett told Billboard on Tuesday (June 1). See the new dates and how to purchase presale and payment plan tickets here.