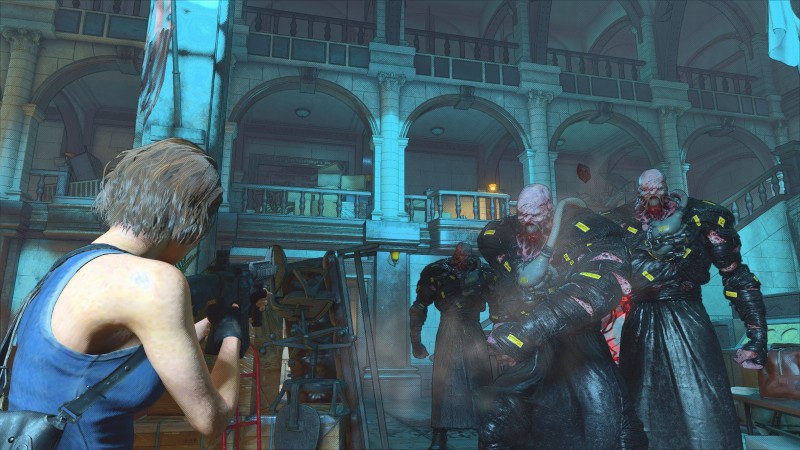 Resident Evil RE: Verse, the standalone multiplayer mode that pits the series’ classic characters against each other in competitive matches, will get an open beta next month. The title was probably the strangest and most surprising announcement from the January Resident Evil Showcase and soon players will get to try it for themselves and see what it’s made of.

The open beta begins April 7 at 11:00 a.m. PDT and concludes April 10 at 10:59 p.m. PDT. In RE: Verse, players take control of beloved characters such as Leon S. Kennedy and Claire Redfield, then hunt each other down across various maps. When you get killed, resurrect into a bioweapon (including Nemesis, Mr. X, and Resident Evil 7’s Jack Baker) to get revenge on the poor souls who took you out. Along the way you can collect virus vials; the more you grab, the stronger your bioweapon transformation becomes. The strategy comes in learning how to balance vial collecting with open skirmishes.

If you’re on the fence about this idea, take solace in knowing that Resident Evil RE: Verse comes free of charge to those who purchase Resident Evil Village. Capcom took the same approach when it released the asynchronous multiplayer mode Resistance as a free add-on to Resident Evil 3, and it’s probably the best way to guarantee that curious fans will at least give RE: Verse a peek.

RE: Verse will be included as part of the next Resident Evil Showcase scheduled to take place some time in April. Capcom has already confirmed the event will show off new content from Village as well as feature announcements related to Resident Evil’s 25th anniversary, which is today.

What do you make of Resident Evil RE: Verse? Are you interested in it enough to give the open beta a shot? Let us know in the comments!