PS5: sales unveiled alongside other impressive figures, the console is a hit 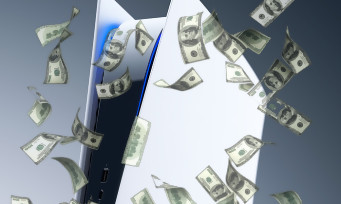 Getting a PS5 isn’t easy – it’s even a mess without a name for most of us. Alas, it seems that this shortage, which also affects the Xbox Series X, can last until mid-2022 and that the Switch even fits into this inglorious circle … leaving aside thousands of gamers eager to dabble in the next-gen. However, it is clear that Sony is doing well, very well even since the manufacturer has just taken stock of its fiscal year with some impressive statistics.

Judge instead: the PS5 exceeded 7.8 million copies sold, including 3.3 million between January and March 2021, establishing itself as a record for the Japanese firm and as the new home console selling the fastest, all mixed support, in the United States. As a reminder, the previous record was held by the PS4 with 7.5 million copies sold in the same period of time.

Sony therefore ends a particularly fruitful year with more than 20 billion euros in turnover for an operating profit of 2.6 billion euros. : it’s quite simple, the company has never been doing so well. Obviously, the PlayStation branch is there for a lot but note that for once, the other sectors, in decline for years, now seem to be refreshed.

Still concerning the video game sector, Sony therefore declares that it has sold 338.9 million games during the fiscal year, of which 58.4 were games from its own studios. Score revealing a change in trend, dematerialized sales are now in the majority, occupying 63% of the results. This is notably ten percent more than for the previous year. Hats off.