Producer Roget Chahayed Tells the Stories Behind 5 of His Biggest Hits: ‘Kiss Me More,’ ‘Broccoli’ & More 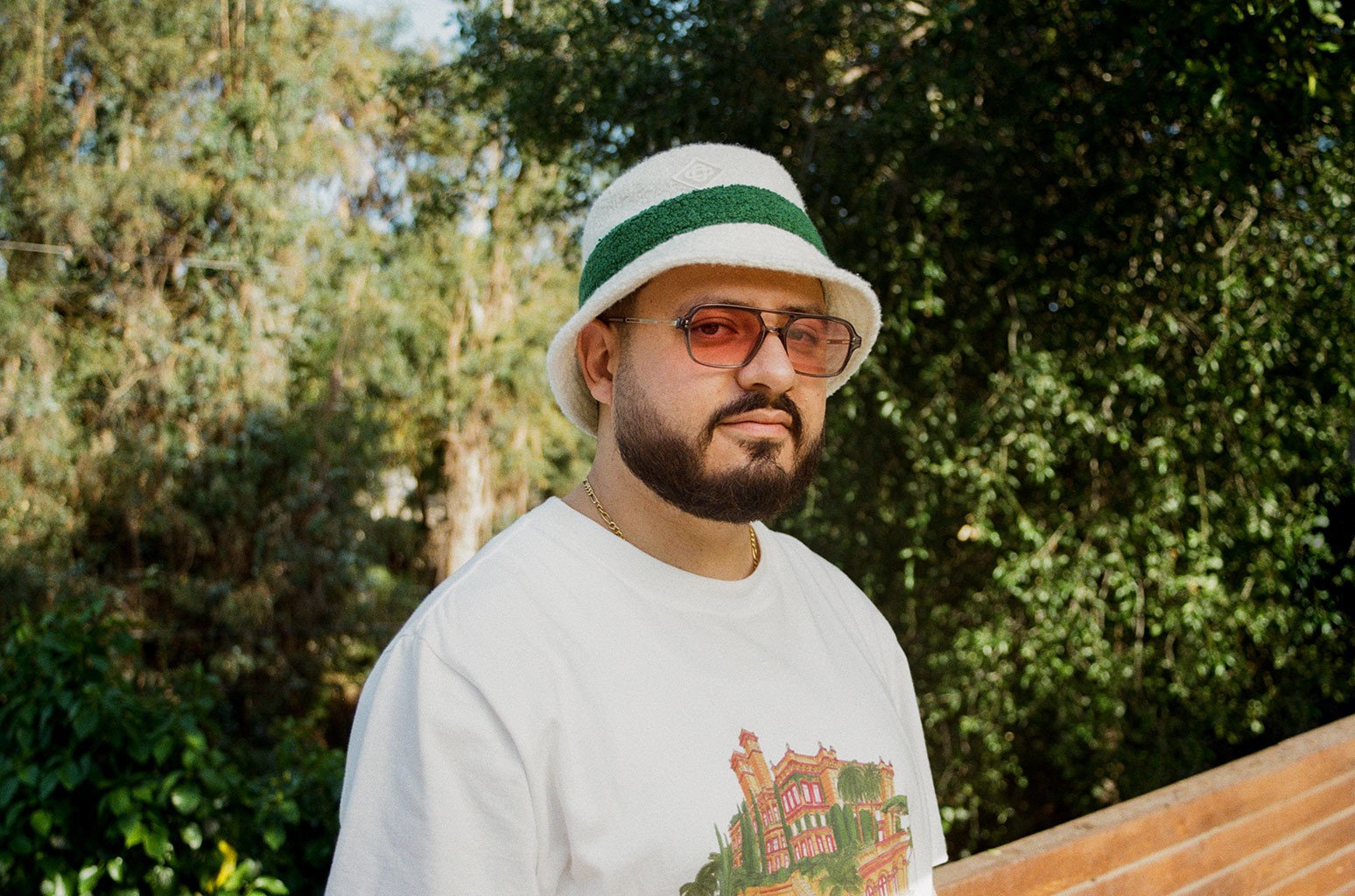 This week at Billboard, we’re celebrating the producers, while recognizing some of the figures and stories currently at the forefront of their corner of the industry. Here, we talk with California-based hip-hop and pop producer Rogét Chahayed about some of the signature hits of his career.

On a quiet suburban corner of California’s San Fernando Valley, Rogét Chahayed has made quite a bit of noise. Since moving into his new home in August, the producer has had a turnstile of musicians (including Big Sean, Earl Sweatshirt and 6lack) visit his high-grade recording studio, converted from a garage.

“A lot of dope beats and stuff have been birthed in here already, stuff that’ll come out,” explains the 33-year-old. “This is more [a space to] get to know me. We’ll make a more personal record here. If the trust is developed, they come to my spot.”

A growing list of artists have put faith in the classically trained pianist over the past few years. Since graduating from San Francisco Conservatory of Music in 2010, the Los Angeles native parlayed a mentorship working under Dr. Dre into a wildly flourishing career as one of hip-hop and pop’s most dependable hit machines. Following a breakout credit on D.R.A.M.’s “Broccoli” in 2016, he’s helmed an impressive number of smash singles in the past half-decade — including Halsey’s “Bad at Love,” Drake’s “Laugh Now, Cry Later” and Travis Scott’s “Sicko Mode.” His latest arrived with Doja Cat and SZA’s “Kiss Me More,” this year’s breezy Song of the Summer contender that’s held court in the top 10 of the Hot 100 for the past three months and has racked up almost 500 million Spotify streams.

Inside his studio, Chahayed sits poised in a chair behind his work station, a sizable table littered with Pokemon balls and an Andy Warhol-inspired ​​Be@rbrick figurine. A blue ceiling light gleams off of the nine keyboards he has artfully stacked on a wall that faces a makeshift mic setup in the corner of the room. It’s here where he experiments with and searches for sounds for upcoming productions — including work on the soundtrack for Marvel’s Shang-Chi and the Legend of the Ten Rings, and potential credits on Kehlani and Carly Rae Jepsen’s new tunes.

Today, he takes a moment with Billboard to reflect on some of the biggest songs that earned him the coveted “super-producer” title.

I met Shelley [f.k.a. D.R.A.M.] through a dear friend of mine, Imad Royal, who’s also an incredible producer and artist. I met [Imad] in 2015, he called me and said, “Hey, if you’re not doing anything today, you should come to Rick Rubin’s studio Shangri-La.” I was teaching piano at the time, so I had a whole day of lessons — and I cancelled all of them. I set up the whole keyboard rig and everything — and a few minutes goes by, and I see D.R.A.M. walking through, just smelling like insane weed. After spending a few weeks with him there, he was like, “I want to take you to come help me finish my album.”

We get this studio in Hollywood called The Himalayas, and it was owned by Yeti. The night’s about to end, and as we’re finishing up packing up, D.R.A.M. comes in the room and says, “I just hit Yachty and he’s on his way to the studio right now – can we just set back up and try to make something for him while he walks in?” I said sure. So I’m doing [the piano riff from “Broccoli”] and the producer says, “What is that? Send me that right now.” So we recorded it into ProTools, put the piano in, put a drum beat to it — Yachty walks in literally as the beat is birthed.

Yachty sat there on his phone writing the verse, and goes up to the mic, records his entire verse in 20 minutes. D.R.A.M. runs up to me in a panic and starts screaming this melody. So I’m like, “OK,” go to my other keyboard, pull up a flute sound and that’s where the flute melody came from. And Yachty looks up and goes, “That’s it!” Then D.R.A.M. does his hook and I’d never heard a hook like this in my life. At first, I thought it was almost a little strange. This man is really rapping about broccoli. Could this be the craziest or weirdest thing ever?

“Bad at Love” started out as a beat I’d made with Ricky Reed, who I also met through my friend Imad around 2016, and he just invited me over to the studio to cook up and make some ideas. It was the first idea we made that day. I was showing him the synths I was working with at the time, and I started laying down that first initial pad that you hear and kind of started laying on top of it.

About a year goes by, I didn’t really remember what that beat sounded like or anything and I got a call from my manager Greg and he was like, “Apparently you and Ricky made a beat that’s going to be a song on Halsey’s album.” I wasn’t there with Halsey and Justin Tranter when they wrote it — but I guess I was there in spirit, because they were writing to our beat. It was just a really cool experience to have created that beat, waited, almost damn near forgot about it.

That song changed my perspective on how I approach making beats, making music, sending stuff to artists. I started linking up with Hit-Boy, who I also met with Shangri-La. When we finally got together, I brought my A-game. It was a late night at Chalice [Recording Studios], so I come up with [the opening] part, recorded it in as a loop, didn’t really know what was going on but I was like this is just crazy, I have to put this down. Added a bass, added another little sound on top and Hit-Boy walked by and I was like, come here and check this out. I was only on headphones, he literally dropped them on the floor and said, “Send me that right now.”

About a year goes by and we hear, “Travis and Drake did a song to that beat that we did.” I was like oh, cool! Didn’t even end up hearing it, I was like it’s probably insane and I can only imagine how crazy it is. A year goes by and hear nothing. It’s 2018 and I’m like, guess that’s not happening! I see Hit-Boy again and he said, “I think we have a song on Astroworld.” I don’t think he really knew either, I don’t think anyone knew what was going on.

It’s the night Astroworld comes out, and I’m sitting there just nervous as hell — like, I’ve been through this before, and I had this weird feeling that maybe I didn’t make the album. Maybe it was all just talk. Boom, 9 p.m. hits, album comes out, I’m scrolling through… all of a sudden I hit “Sicko Mode,” and hear my organs and the beat that we made. I’m sitting there frozen, like, “Holy s–t, what is happening?”

I was in the studio with Big Sean and Hit-Boy the night we made it, and one of my closest friends and collaborators, G. Ry, who works closely with PartyNextDoor and Drake. We were actually finishing Sean’s album — this was during Covid, probably June of 2020 — and we were working on the intro to Detroit 2, trying to nail it down. Hit-Boy stepped off his computer and was like, “G. Ry, why don’t you take over on this and use my laptop?” Sitting down at Hit-Boy’s computer, he pulls up these drums and looking through sounds — and all of a sudden I run into this sound, this horn patch on my synth. So I remember we made this beat, and Sean and Hit-Boy were looking at each other like, “This is hard. This is crazy.”

After that, went home, didn’t hear anything for a few weeks. And then G. Ry calls me at one in the morning on a Sunday night. I’ve never gotten a call from this guy, ever. I was about to pass out, and I remember picking up the phone and he was like, “I’m so glad you picked up — are you by your computer any chance?” He said, “I sent the beat to Drake and he loves it, so we want to get these parts done.”

So I send him the parts, don’t hear anything back for about a month, and I was like, here’s another probably not going to happen. I get a call about a month later and G. Ry says, “Yo, remember that beat that you sent me the horns and all that for? That’s Drake’s single coming out tonight. Lil Durk’s on it.”

While I was working on D.R.A.M.’s stuff at that studio, Yeti was taking note of the stuff I was doing, like, “Hey man, you should totally come by — I’m working with this new artist Doja Cat, she’s really cool.” I had known about “So High” and all the cool songs she’d done, and was like, this girl’s special. I worked on her first album, Amala, which had the songs “Roll With Us” and “Cookie Jar” that I co-produced.

Right before Covid, Yeti had hit me up and said, “We’re about to start working on Doja’s new album, so let me come over and let’s just make some ideas,” because she was busy at the time. I actually pulled up this guitar sound. I came up with that loop. Yeti loved it, I added a few other sounds like a keyboard and a bass part to it — and I think what happened was, he took the loop that I made and sped it up a little bit, and put those real dance, hard-hitting drums on it. Sent the beat to Doja and out of nowhere she’s like, “I have a song about kissing. I just want to lay it down.”

[Yeti] showed it to me and I hear it and I’m like, ‘This is crazy!” And he was like, “Yeah, we really want to get a feature on this and we were thinking about getting SZA.” I was like, “Oh, yes.” I was in big support of everything that was happening.