NBA 2K22 test: the marks in the world are worse this year, a disappointment? 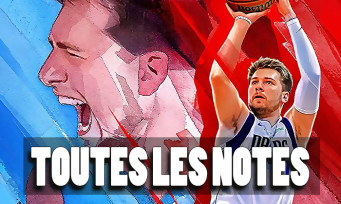 Released on September 10, 2021, NBA 2K22 is a long overdue title. It must be said that every year, it’s complicated to have information on the new episode in production, so much so that the official gameplay trailer was released barely two weeks ago. But it is a choice on the part of the publisher and the Visual Concept studio to communicate so late and it is also a habit to send the game on the day of its release. Result, the tests are struggling to fall and 5 days after its release, Metacritic has only 7 reviews in the world. Even if we will have to wait a little longer before having a definitive overall opinion, the trend shows that in 2021, NBA 2K22 is somewhat on the downward slope. The title shows a painful 71% average, with notes that turn red with the 4/10 from GamingTrend, which criticizes the game for not being fun to play, and far too complex to learn. At IGN, on the contrary, we welcome the gameplay, but we point the finger at technical problems and microtransactions. We will do an update of the tests, but for the moment, here are the marks obtained in the world