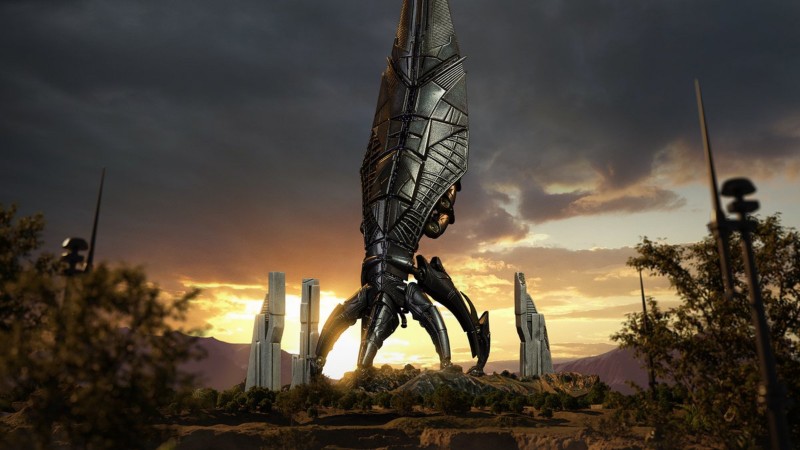 If, at any point, while playing through the Mass Effect series, you’ve thought to yourself, “I really wouldn’t mind a replica of the Reaper Sovereign ship,” then today’s your day.

That’s because BioWare and Dark Horse Direct have unveiled a new 14-inch Reaper Sovereign ship replica, and it’s beautiful. What’s more, it’s available for pre-order now for $299.99, and if it’s something you just have to have, you should act fast because there are only 1000 of them in total. Pre-orders are expected to ship sometime between November of this year and January 2023. So if you buy one, you don’t have to wait too long to have it in your hands.

“Reaper Sovereign has landed on Eden Prime after 50,000 years and is reigning down planet-shattering destruction,” Dark Horse’s description reads. “This spectacular replica is made of polyresin and crafted by the masters at Gentle Giant Studios. At 14 inches tall on an 11-inch diameter base, this statue will have you re-experiencing this iconic moment from Mass Effect.”

Are you going to pick up one of these replica Reaper ships? Let us know in the comments below!