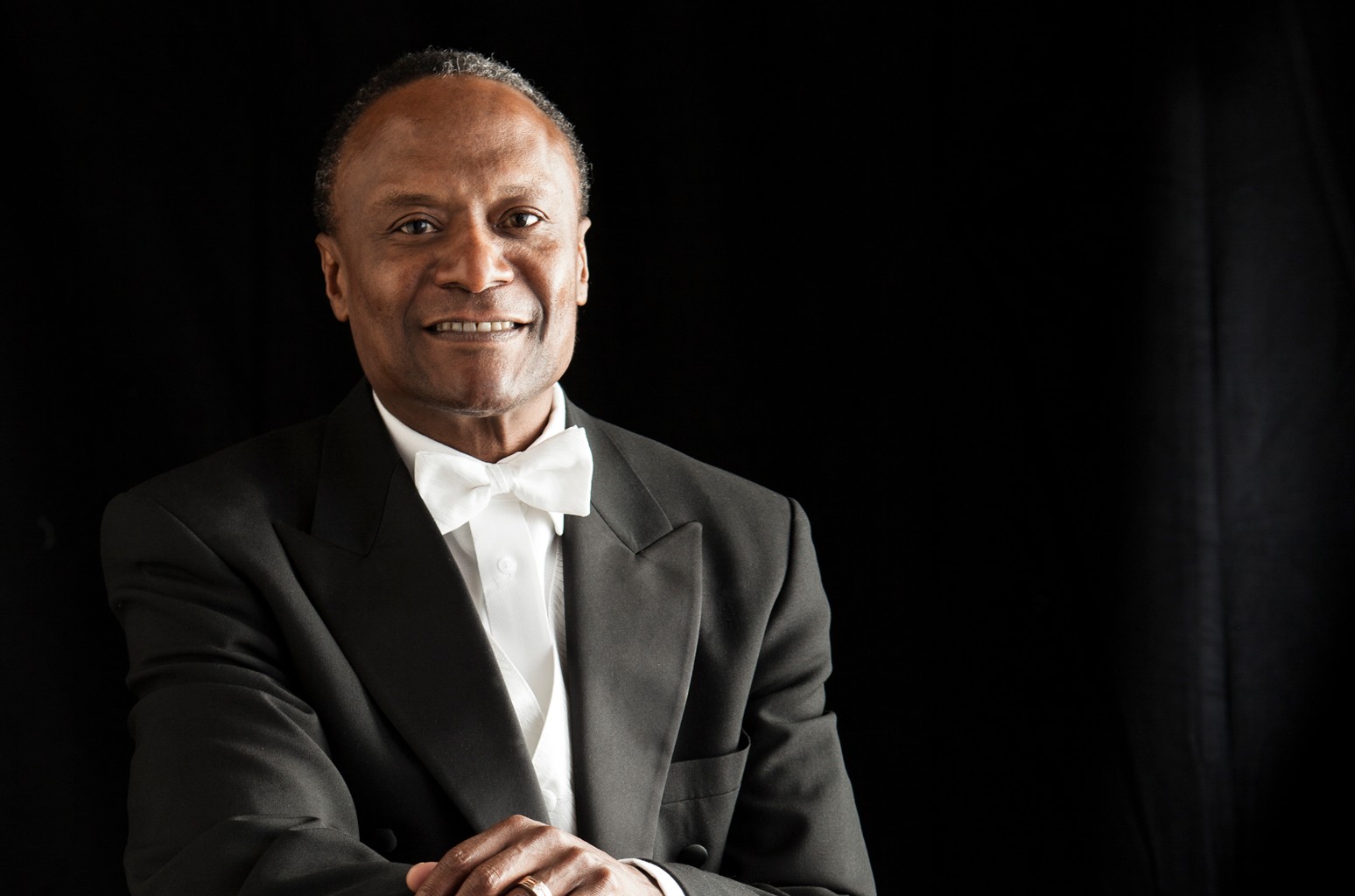 When Thomas Wilkins walks onstage at the Hollywood Bowl Friday evening (Sept. 10), it will mark a very special occasion. Black Panther will debut as the first Marvel Studios movie to be screened with accompaniment by a live orchestra.

“As the first Marvel film to be done in concert at the Hollywood Bowl, it’s a huge deal for everyone concerned,” says Wilkins during rehearsals earlier this week. “Right now, I’m in work mode dealing with a thousand moving parts. But I never take it for granted that I also get to be surrounded by glorious music.”

Those thousand moving parts Wilkins references include recreating the score as a complete package as opposed to simply playing separate scene excerpts; he and the orchestra learning the recreated score and then rehearsing with a practice video to master visual cues and precise timings down to minutes and seconds. Also spicing up the orchestral accompaniment along with Maal: an African talking drum ensemble and African flutes.

Promising the Black Panther concert is “going to be pretty doggone impressive,” Wilkins says that while live-to-picture concert pairings were “sporadic” in the old days, many orchestras around the country are presenting such events. “Music composers are now understanding that audiences want to hear their music … and without the movies sometimes,” he adds. “Like John Williams, who began doing this some 20 years ago, later-generation composers are being more proactive about creating packages and arrangements involving movies. And orchestras are also figuring out that they can’t get locked into one box; they need to take ownership of versatility.”

Named principal conductor of the Hollywood Bowl Orchestra in 2014 after serving as principal guest conductor since 2008, Wilkins is no stranger to such undertakings, whether classical or contemporary in nature. During the Bowl’s current season, he has conducted the L.A. Phil in concerts starring Kool & the Gang, Ledisi (Ledisi Sings Nina Simone, for which Wilkins selected music from Bach in a nod to Simone’s classical background), Cynthia Erivo and the Gershwin catalog. In 2019, Wilkins and the Hollywood Bowl Orchestra teamed up with John Legend, Chrissie Hynde, Cyndi Lauper and Earth, Wind & Fire.

“The funny thing is that sometimes when we approach contemporary artists, they’re a little hesitant,” says Wilkins with a laugh. “Then when they get onstage with the orchestra and hear that sound, their minds are blown because of the impact beyond just having a band.”

Living out the dream he had of being a conductor since the age of eight, Wilkins says that drawing more people of color into the conductor and composer ranks is a matter of earnestness and endeavor. “I am seeing more African Americans participating in classical music because of a more targeted sense of creating access,” he notes. “We rob ourselves of the opportunity to have our lives broadened and enriched when we don’t give our kids access to everything we can.”

Wilkins will close out his 2021 Bowl season on Sept. 25 when he and the Hollywood Bowl Orchestra perform with singer-songwriter-musician-producer James Blake.