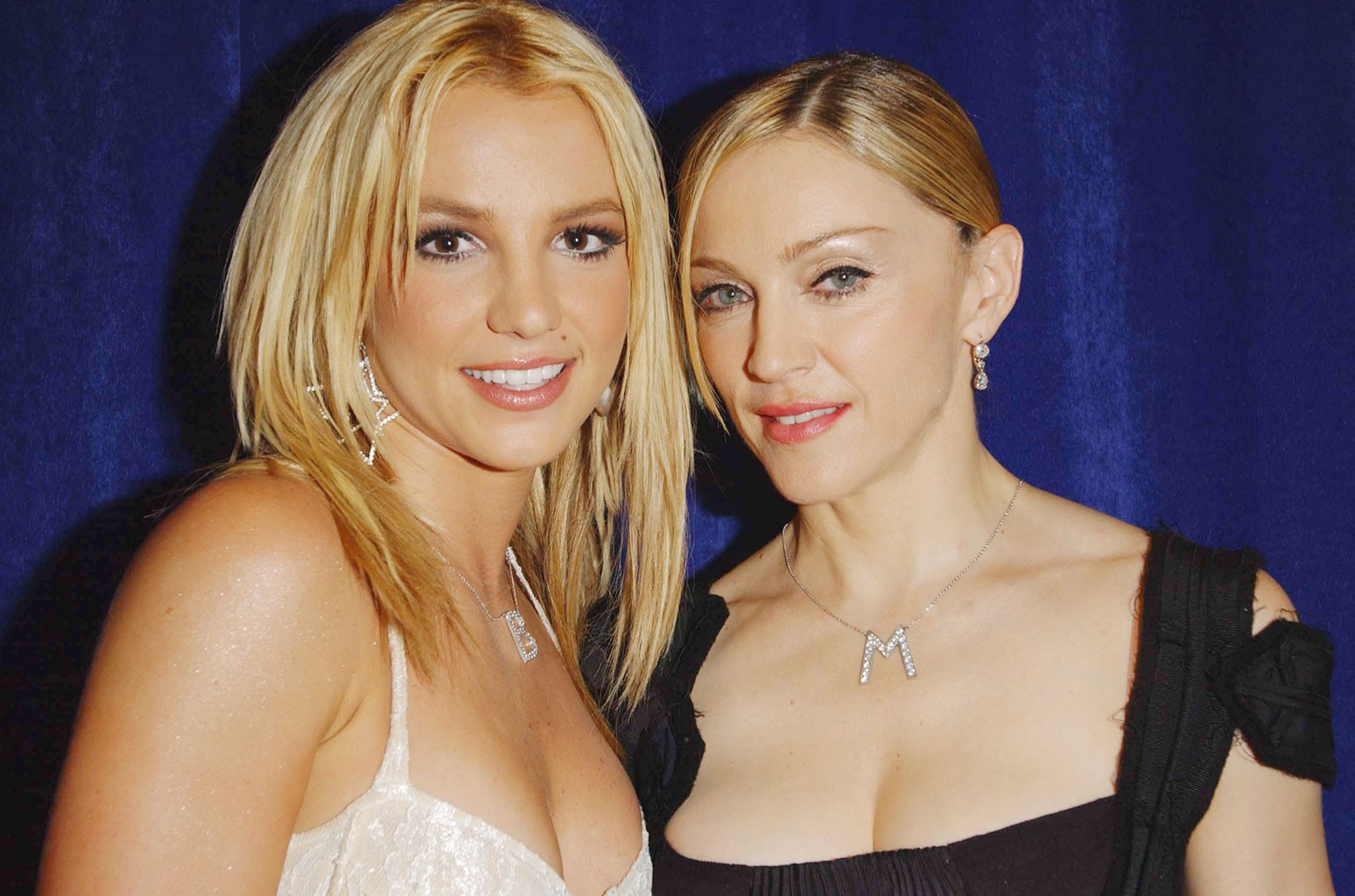 As Britney Spears‘ conservatorship battle rages on in court, Madonna is doubling down on her support for the #FreeBritney movement with an expletive-filled video uploaded to Instagram on Friday (July 16).

Rocking a neon pink wig and a fishnet top, the Queen of Pop reworks her 1995 single “Human Nature” as a rallying cry for Spears, who is currently in the midst of contentious court proceedings to have her father removed from her conservatorship after 13 years.

While #FreeBritney flashes on the screen behind her, Madge changes the “I’m not sorry” lyric from the song to “we’re not sorry,” and tosses in a few wrathful ad-libs – “f-ck you” and “f-ck you again” – for good measure. Next to Madonna is a Britney Spears impersonator, lip syncing along to “Human Nature” and subbing in Spears’ iconic “It’s Britney bitch” line for the “Human Nature” lyric “I’m not your bitch.” The IG caption reads, “She’s not your bitch.”

The real Britney Spears joined Madonna onstage back in 2008 to duet on “Human Nature” during the latter’s Sticky & Sweet Tour. That 2008-09 tour’s live performance of the 1995 song featured video footage of Britney Spears stuck in an elevator, fighting to get out; that same footage is playing behind Madonna in her new Instagram clip. Hailing from 1994’s Bedtime Stories, “Human Nature” was Madonna’s protest against the sexist double standards she faced for openly addressing sexuality in her work.

Madonna spoke out on July 8 in support of her “Me Against the Music” collaborator, writing on Instagram, “Give this woman her life back. Slavery was abolished so long ago! Death to the greedy patriarchy that has been doing this to women for centuries. This is a violation of human rights! Britney we coming to get you out of jail!”

On Wednesday (July 14), the court agreed to let Spears hire her own lawyer in her fight to get out of her conservatorship. That same day, Spears herself used the #FreeBritney hashtag for the first time.