Lisa Kudrow Was ‘Really Nervous’ to Sing With Lady Gaga: ‘I Had to Learn ‘Smelly Cat’ Again’ 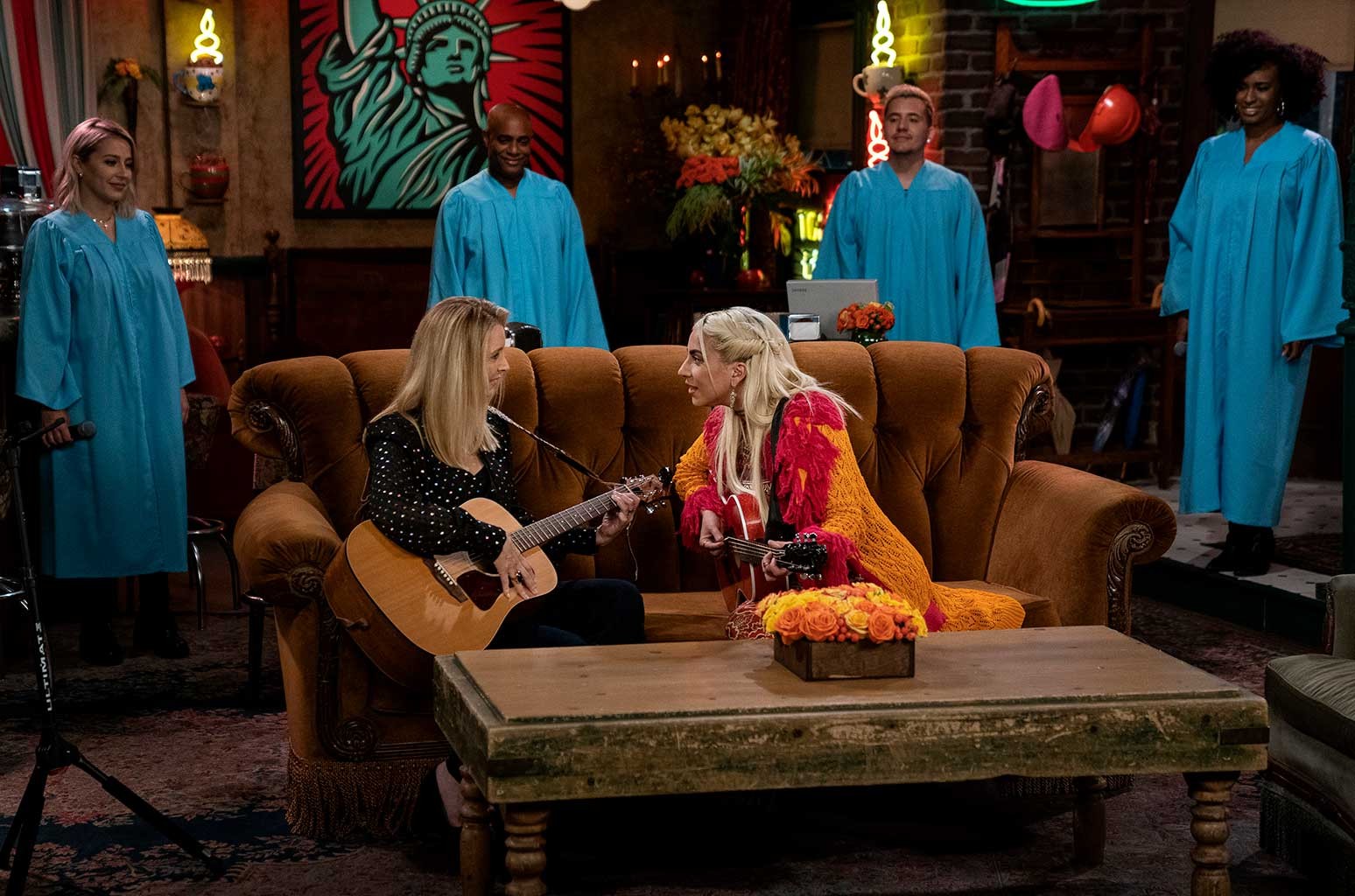 Google will be there for you! Lisa Kudrow appeared on The Ellen DeGeneres Show on Friday (June 4), and discussed her much talked about duet with Lady Gaga of fan-favorite song “Smelly Cat” for the Friends reunion special, and the trouble she ran into getting ready for it.

It turns out that despite having performed the silly little ditty numerous times on the sitcom, finding out she’d be singing with the 12-time Grammy winner gave Kudrow a case of the nerves — and she forgot how to play the tune.

“I was really nervous when I first heard [I’d be playing with Lady Gaga], and you know, then I prepared. I realized I had to learn ‘Smelly Cat’ again,” admitted the actress. “And I tuned my guitar and then realized I don’t know the chords, but I Googled it! All the chords were there for ‘Smelly Cat.’ … So thank you, world, for posting the chords! So I learned it!”

But that wasn’t the end of her challenges when it came to preparing for the big duet. “And then my throat closed! I was so panicked! I couldn’t get anything out,” exclaimed Kudrow, who sang in character as Phoebe during her performance with Gaga. “I didn’t know what was going to happen, but it worked out!”

DeGeneres also asked Kudrow about the sweet moment when Gaga — who was dressed in a colorful Phoebe-inspired outfit for the reunion special — thanked the actress for portraying the kooky character and representing people who are “different.”

“That really almost made me cry,” Kudrow admitted. “I think I said, ‘I’m going to cry,’ but I said it so softly. But yeah, that blew me away. But also, coming from her, because my son was in grade school, all the kids were listening to Lady Gaga and her whole message was ‘everyone be yourself and just be you.’ That was amazing.”

Watch Kudrow discuss the Friends reunion and her duet with Lady Gaga:

Friends: The Reunion is streaming on HBO Max now.