Life is Strange True Colors: the main characters presented in video, it is dubbed in French 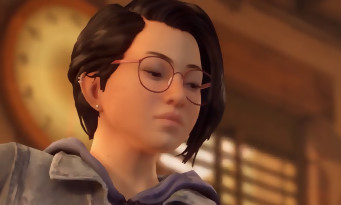 Square Enix continues the promotional campaign of Life is Strange: True Colors by unveiling a brand new video which, this time, is responsible for presenting the main characters of the game. But what makes this sequence even more interesting is the presence of French voices, a first in the history of the series.

This is Geneviève Doang (Laura Victoriano in The Evil Within, Lunafreya in Final Fantasy XV, Ciri in The Witcher 3) who will lend his voice to the heroine Alex Chen, while Alex Fourreau (Tseng in Final Fantasy VII Remake) will double Gabe, Adeline Chetail (Ellie in The Last of Us, Zelda in Breath of the Wild) Steph, Bastien Bourlé (Genos in One Punch Man) Ryan, Alice Taurand (Phin Mason in Marvel’s Spider-Man: Miles Morales) Charlotte, or Céline Melloul (the narrator in Moss) Diane.

This trailer follows the introductory sequence of the game which aired two days ago, and in which Alex Chen talks with his social worker just before going to join his brother at Haven Springs, Colorado. But as we already know, not everything will go as planned when he arrives. For the record, Life is Strange: True Colors is expected for September 10 on Xbox One, Xbox Series X, Xbox Series X, PS4, PS5, PC, Nintendo Switch and Stadia.