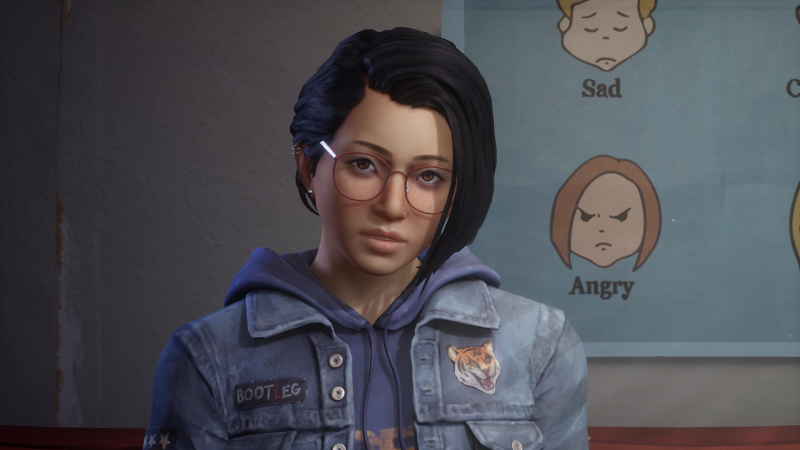 Life is Strange: True Colors is a story about mystery, death, and the power of empathy. Deck Nine revealed the next step for this choice-driven franchise back in March, and now, we’ve got a new look at what True Colors has to offer fans, including Alex Chen – the game’s protagonist – and her opening sequence before setting off to find her brother.

In the opening sequence below, Alex can be heard talking to a therapist ahead of her big move. Her therapist asks Alex if she’s told her brother yet about what she can do, and the emotions across her face bring the reality of this new story to life. From the subtle eye movements and the hesitancy heard in her voice, True Colors is taking the emotionally raw experience that this series is known for and raising it to new, more startling heights.

True Colors will task players with taking on the role of Alex Chen, a Haven Springs native that had to suppress her “curse.” Her psychic powers are different than what we’ve seen with Max; instead, Alex is gifted (and cursed) with the power of empathy. While some laughed this power off when it was first revealed, empathy in action is intense, allowing her to experience, absorb, and even manipulate powerful emotions in those around her. She can see auras, and following the “accident” that resulted in her brother’s death, her power comes roaring to the surface in an effort to find the truth behind her brother’s death and a dark secret that lurks beneath the town’s surface.

This new story looks like it’s going to have some dark twists and turns, not unlike the previous entries in the Life is Strange experience. Alex is going to have a lot to contend with, including solving the mystery behind her brother’s death. One important pivot from what Life is Strange has previously offered is that Deck Nine is moving past the previous episodic formula instead of allowing players to sit down and experience True Colors all the way through with no waiting. This will help keep that emotional tie fresh, keep players engaged, and help Alex’s tale be told in a way that is uninterrupted and impactful in a way that matters.

Life is Strange: True Colors will be available in three editions: the Standard, the Deluxe, and the Ultimate. You can learn more about the different versions right here through the game’s official website. As for the game itself, True Colors arrives on September 10, 2021, on PlayStation 5, Xbox Series X, PlayStation 4, Xbox One, PC, and Google Stadia.

Thoughts on the latest look at Life is Strange: True Colors? What do you think about her power of empathy and the new narrative has shown off? Sound off with your takes in the comment section below.