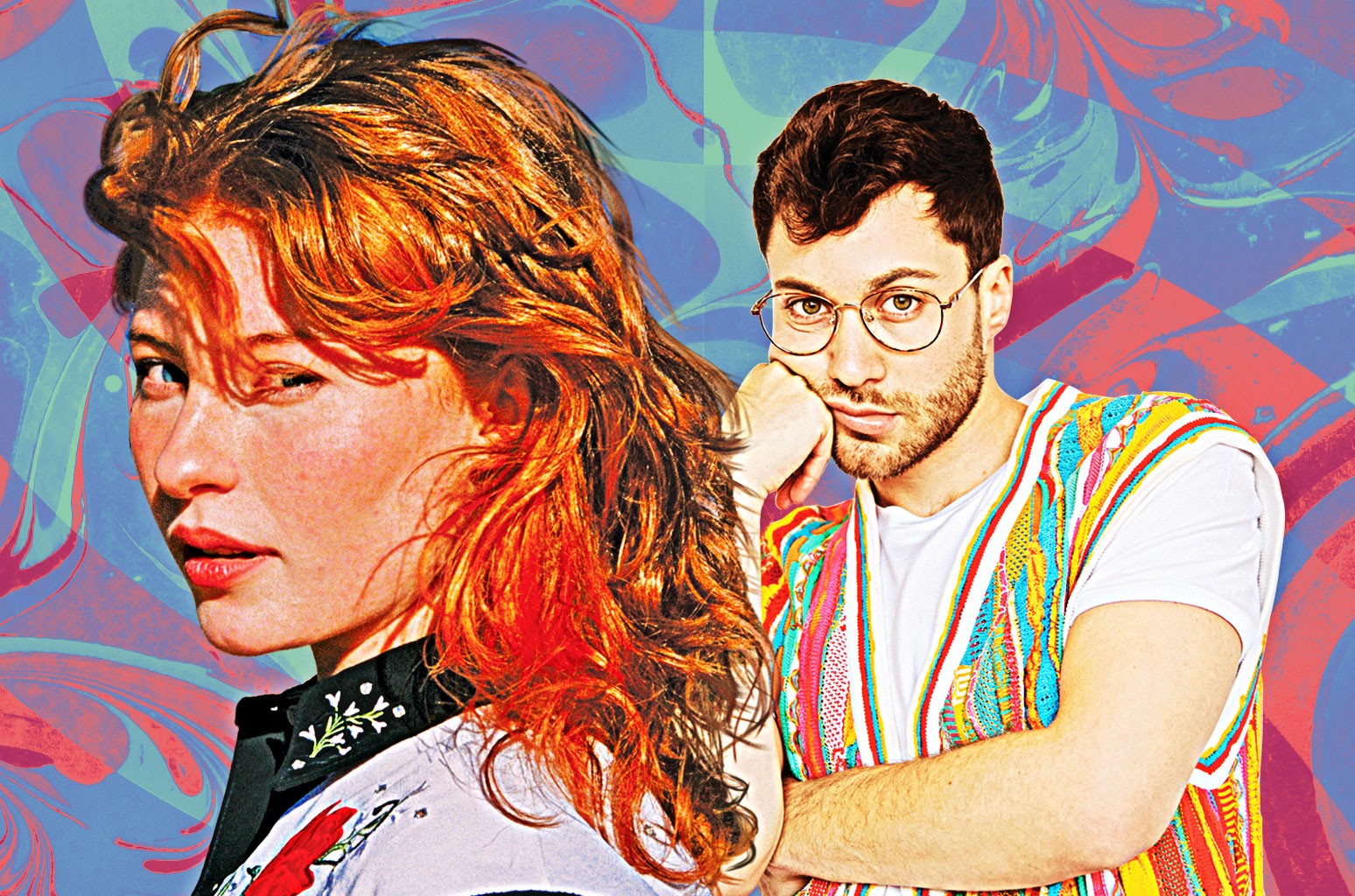 Jordan Shulman has been hustling in the music industry since 2017. The singer-songwriter, who makes spare, intimate pop music as JORDY, used to cold-call producers and network his way into as many songwriting sessions as possible. But when he started posting his music on TikTok in March 2020, he stumbled into one of his most important career moves yet. Today, he has accrued over 150,000 followers, watched his streaming numbers skyrocket and signed a deal with 300 Entertainment — the label home to Megan Thee Stallion — thanks to heartfelt, hook-laden tunes like “Long Distance.”

“I posted ‘Long Distance’ and everything changed,” says JORDY, 26. “When I’m reading through comments, there’s more than just a couple of people being like, ‘Oh my God, the way you’re using [male] pronouns in such a casual setting — I’m hearing myself in mainstream pop.’ That’s everything I want to do. I want our community to feel extra special when they’re listening to my music.”

Over the last few years, TikTok has become a haven for queer artists like Lil Nas X, Ashnikko, Kaash Paige, mxmtoon and many others to showcase their creativity in ways they haven’t always had the freedom or platform to do. Often, songs blow up on the app when users insert snippets of the track into all kinds of videos. But artists like JORDY and Allison Ponthier, a colorful country-pop artist, have built their followings as savvy content-creators in their own right, using the features and trends of TikTok to take viewers inside their music — and put queer stories front and center.

Ponthier, 25, started posting in 2019, sharing breezy covers of popular songs while displaying her talents with sculpture and stop-motion animation (also featured in her official music videos). Eventually, labels took notice, and in late 2020, she signed with Interscope Records. “I started posting on TikTok as a joke,” says Ponthier. “No one followed me. It was not to get famous, it was not to promote music, it was just because I wanted to have fun.”

But she was very good at it, attracting hundreds of thousands of followers. Not every video was musical — she’d also post comedic clips or take part in viral memes of the day — but it all laid the groundwork for her debut single, “Cowboy,” released in March. The plaintive track about struggling with identity became a conversation starter as fans used it to soundtrack posts about their coming out experiences. “Seeing people be vulnerable and tell their stories to a song I wrote when I was going through the exact same thing — it really makes me emotional,” Ponthier says, tearing up over Zoom. “I’m so touched at the bravery of other people, especially the bravery of younger people.”

Connecting with viewers takes many forms: Ponthier enjoys “harmony” challenges, in which singers encourage other musicians to use TikTok’s “duet” feature to add new layers to an original recording. JORDY will occasionally put a musical twist on existing trend, like his series reimagining early-2000s pop hits with contemporary sounds. He also posts clips of himself singing unreleased tracks to build anticipation for new releases. “It’s literally free market research,” he says with a laugh. “It’s like, ‘Let’s put this on TikTok and see how people react.’ And if people really like it, like with ‘Long Distance’ and ‘I Just Want to Be Loved,’ then it’s like, ‘Great, we’ll put it out.'”

At times, Ponthier has sensed a stigma around artists who have grown their followings with help from TikTok. “I think we should get rid of that,” she says. “I have seen some of the most creative and heart-wrenching songwriters I’ve ever heard on the app. It’s helped build people’s careers so quickly, and that shouldn’t be ignored.”

The democratic nature of TikTok has been revolutionary for JORDY. In the past, multiple songwriters and producers have suggested he change the pronouns of his songs to make them, in their words, “more universal.” The grassroots success of “Long Distance,” he says, proves that candor and specificity are what resonate widely: “People don’t care if I said ‘guy,’ they’re just intrigued because I’m being honest in the fact that I met a dude on the internet last week.”

For Ponthier, a series in which she updated traditionally “straight” songs with queer-themed lyrics was eye-opening. “There is a very hungry fan base for [queer] love songs,” she says. “And I’ve felt that before, because there’s only a handful of songs that I feel like I can really relate to when it comes to love. People don’t realize how huge the community is — and how much we want songs that represent our experiences.”