Label Look: How Fearless Records Diversified Its Roster and Conquered The Rock Charts 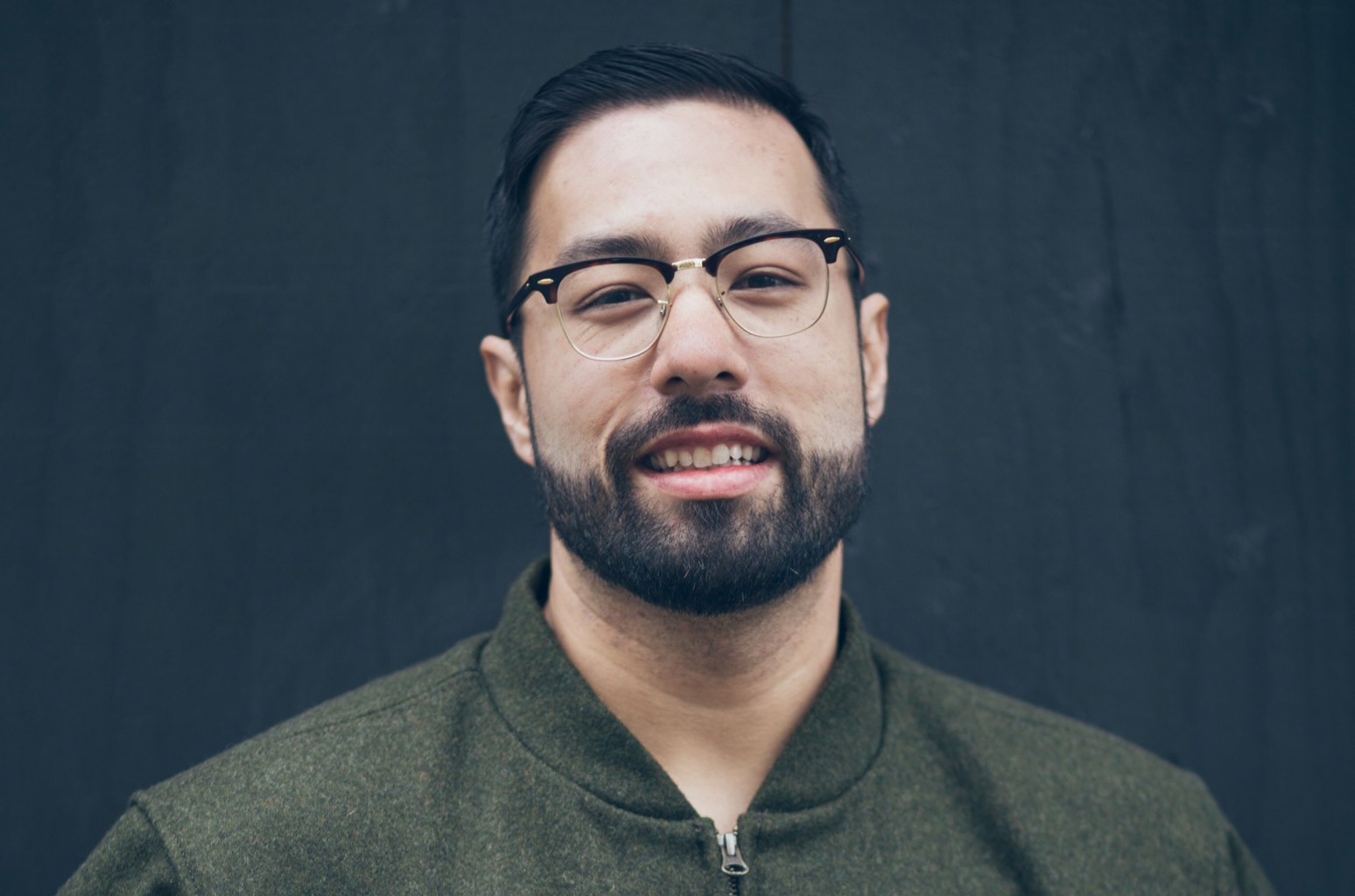 When Andy Serrao joined long-running Southern California label Fearless Records as president in 2018, he noticed a shift happening in the industry — and that there were resources the label hadn’t properly tapped into. So he set out to re-imagine Fearless as a youth culture brand, and not just a pop-punk/hard rock/metal label.

“With Warped Tour going away [in 2019], there were a lot of opportunities not to be so branded one way,” he says. “And with the resources Concord had [after coming onboard in 2015] to do some things for the better.”

He pushed to expand the label from its “scrappy DIY” founding and early-to-mid 2000s breakout success to a wider palette of sounds — and a bid to break through to the rock and pop charts. Having logged time in the A&R departments at Atlantic/Roadrunner Records and Pure Noise before joining Fearless in 2018, as legendary founder Bob Becker stepped back into the emeritus chairman position, Serrao was well-suited for the part.

Serrao, 38, is also of the mindset to let people vote with their wallets — something he learned early on his career as the owner of the beloved 400-capacity Anaheim, California all-ages club Chain Reaction, where he cut his teeth in the early 2000s. “I could see when a show went on sale and it moved twenty percent of capacity and the band was unsigned that I should call friends from labels and tell them to come down,” says Serrao, who counts OneRepublic, Fall Out Boy, Panic! at the Disco and The Offspring all as early regulars at the club he still calls home.

Now, amidst the current pop-punk resurgence, led by such disparate second wavers like Olivia Rodrigo, girl in red, Machine Gun Kelly and The Kid Laroi, Serrao is doubling down on his mission to “let the people decide what the label is for themselves,” he says. “I like to have a really diverse roster… so it’s never about one genre or another. What I want to prove and show as a label is we’re a great partner.”

That proof is in the wide array of new acts Serrao has signed and whose debuts are due out over the course of 2021 and early 2022, as well as the mainstream rock and pop success of such label stalwarts as The Pretty Reckless, I Prevail and up-and-comers I Don’t Know How They Found Me and Starset.

The Culver City, California-formed label was launched in 1994 by Becker and has had plenty of chart success with its popular Punk Goes…. series of covers compilation albums — which have sold nearly three million copies and pulled in a quarter of a billion streams to date, according to Fearless.

Formerly distributed by RED, the label’s distribution shifted to the Universal Music Group following the 2015 purchase by Concord Music Group, whose GM, Jill Weindorf, says Fearless’ tireless work building a profitable brand set them up for the greater, large-scale success envisioned by Serrao. “We have a world-class team and we needed to partner with labels with the same vision to create that same commitment and services most independent labels have, but which need to scale to compete in an otherwise very competitive landscape,” continues Weindorf.

That meant giving Fearless full access to Concord’s nine-person promotion team, in-house art department and all the other resources needed to deliver on Serrao’s plan. Plus, as Weindorf points out, it’s been equally beneficial for Concord to have Serrao involved, citing his “good relationships in the touring business. [He] can call promoters and get the bands on the right tours.”

From the start, Serrao knew Weindorf, a fellow former A&R long-timer, intimately understood the Fearless audience as it is, but also knew how to grow and stretch beyond the two million hardcore fans who already follow its YouTube channel. “They were known for pop-punk, which is definitely having a moment right now, but if they were still doing what they did four years ago — serving niche audiences — I don’t know that they would be that excited,” she says.

After riding the Warped-adjacent wave of success with hardcore and metal bands such as Alesana, A Skylit Drive, Blessthefall and Motionless in White in the early and mid-2000s, Serrao began re-shuffling the deck, earning the label’s first back-to-back No. 1s by a band at mainstream rock radio in 2021 with the Taylor Momsen-led The Pretty Reckless‘ “Death By Rock and Roll” and “And So It Went.”

That high-mark followed the label’s first-ever No. 1 at mainstream rock radio with I Prevail’s “Hurricane” in 2020, as well as its first No. 1 on alternative radio with I Don’t Know How They Found Me’s 2020 alt-pop hit “Leave Me Alone.” The label has earlier scored breakthrough chart hits by core bands including Plain White Ts, with their 2006 Billboard Hot 100 No. 1 hit “Hey There Delilah,” as well as The Aquabats (“Super Rad”) and Sugarcult (“Pretty Girl (The Way).”)

Never static, Fearless has continually pushed the boundaries of genre, also releasing landmark albums and singles from post-hardcore bands At the Drive-In, Bigwig, Glasseater and Anatomy of a Ghost. It also branched out into electro-rock with the 2011 success of Breathe Carolina’s top 40 Hot 100 single “Blackout” and Mayday Parade’s 2007 RIAA gold-certified emo classic A Lesson in Romantics. The successes kept coming with Platinum-selling bands such as metalcore act Pierce the Veil and Grammy-nominated hard rockers I Prevail, Underoath and August Burns Red.

Serrao, who admits to spending “more than I should” on a dedicated in-house video and animation team and digital marketing staff, says: “At the end of 2019 and beginning of 2020, we had eight or nine of the top ten records in the rock format, where before were were not even a player.”

The global pandemic took a bite out of the bottom line for a lot of labels and bands, but that didn’t stop Fearless from having some success, including The Pretty Reckless setting a record for the most No. 1s on Billboard‘s Mainstream Rock Airplay chart by a woman or a woman-led band, when “And So It Went” became their sixth chart-topper since 2014.

And in keeping with Serrao’s optimistic outlook on fans’ insatiable thirst for new music as the world begins to open up, he points to a few of Fearless’ rising acts as proof that a new dawn is rising. Hard rockers Starset have racked up more than a billion views on their videos to date, and one of the label’s most promising acts, Australian trap-pop act Chase Atlantic, have already garnered more than 12 million streams, according to Fearless.

Their successes are all the more remarkable because, like many of the new, multi-genre acts now on the Fearless roster, they’ve built their fanbases with little to no U.S. touring available. Weindorf says there is so much heat on Chase Atlantic now that the trio is already booked to do a 3,000-cap venue tour before any of their singles have even been played at American radio.

In addition to Chase Atlantic, which has nearly 300,000 TikTok followers — its songs are the basis of hundreds of TikTok videos — Serrao and Weindorf anticipate promising futures for Florida-bred progressive metal band Capstan and pop punker American Teeth, the latter of whom they believe could enjoy a potential Machine Gun Kelly-style breakthrough. As for Starset, which already has a strong fanbase, Weindorf says once “you add in radio and touring, that’s a recipe for amazing.” She thinks they’re just one hit away from breaking out on the level of a Coldplay or Muse., saying, “They have an opportunity to be as big as each of those bands.”

Plus, Weindorf notes, there’s a possible third chart-topper in a row from the Pretty Reckless on tap for summer 2021, all evidence that Serrao’s vision for a bigger Fearless tent seems like it’s already paying off. While the label boss was mum on specifics, he promises the coming year will be massive as most of his roster returns from lockdown with what he humbly promises are their best records to date.

“It’s jaw-dropping,” he says, adding that he still likes to lean into his A&R roots and has been keeping an eye on writing sessions and what producers are up to during the pandemic. “It’s just mind-blowingly great music from bands that were used to touring eight months out of the year.”