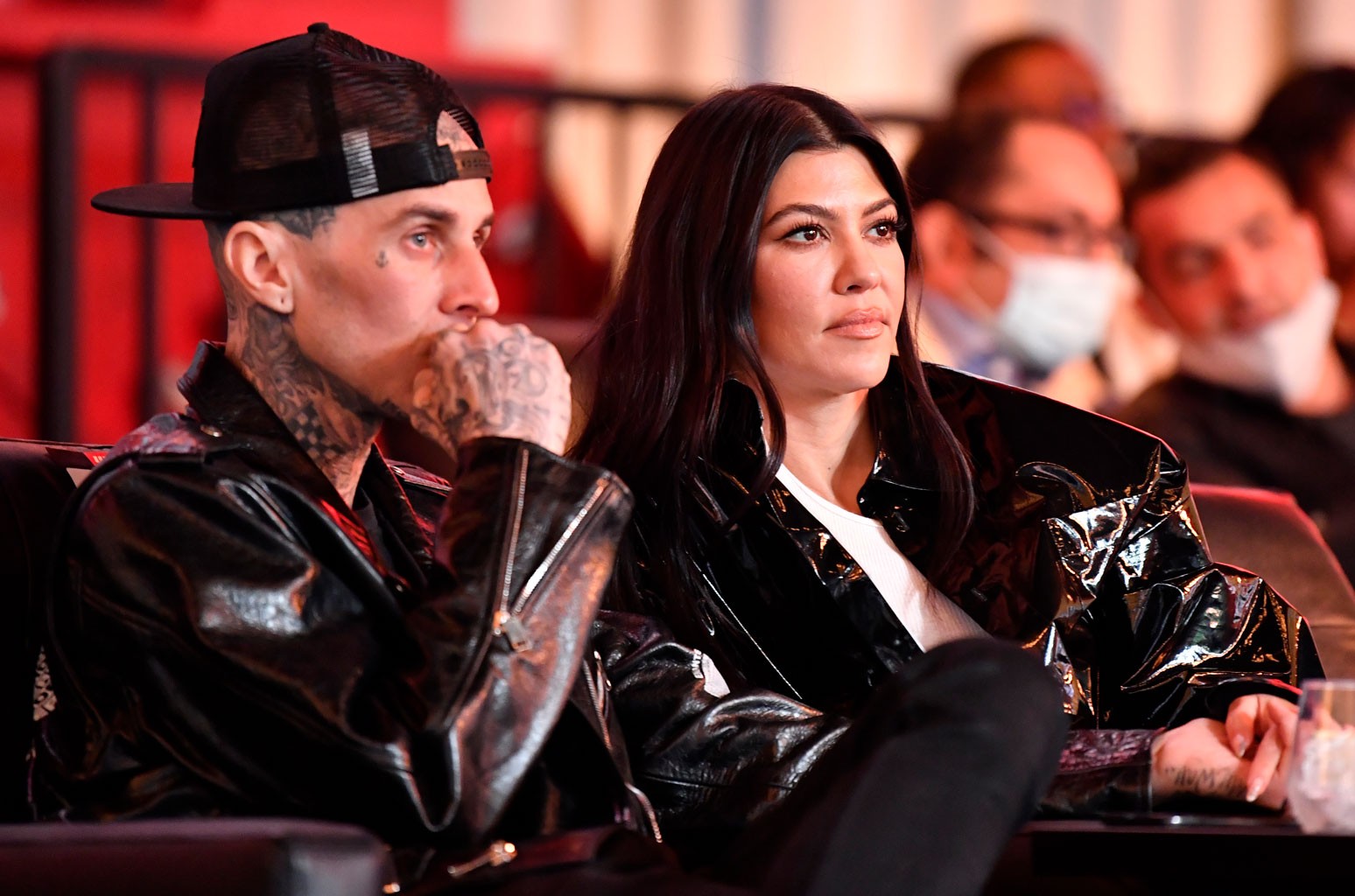 Kourtney Kardashian is showing some love to a new song produced by her boyfriend Travis Barker.

On Friday (June 4), the Keeping Up With the Kardashians star teamed up with friend and social media personality Addison Rae to generate some buzz the new single “Think About Me” by jxdn, who is signed to Barker’s DTA Records.

“It’s the spins for me …,” Kardashian captioned her post, tagging Rae and jxdn’s Jaden Hossler.

Hossler is signed to Barker’s DTA, a joint venture with Elektra Music Group. The 20-year-old singer’s debut album, Tell Me About Tomorrow, was produced by the Blink-182 drummer and is scheduled for release on July 2 through DTA.

Barker and Kardashian, who made their relationship Instagram official in February, have been making headlines regularly with their PDA-filled social media posts.

In recent weeks, the pair made some magical memories during a trip to Disneyland with their respective kids. They’ve also been on other family outings together, including a ski trip to Utah in April.

Kardashian recently made it permanently clear how she feels about the musician. On May 12, she showed off the “I love you” tattoo she inked in her handwriting on Barker. The musician commented, “Woman of many talents.”

But that wasn’t the only mark she’s left on him. In April, she showed off the tattoo of her name that the drummer had gotten on his chest.