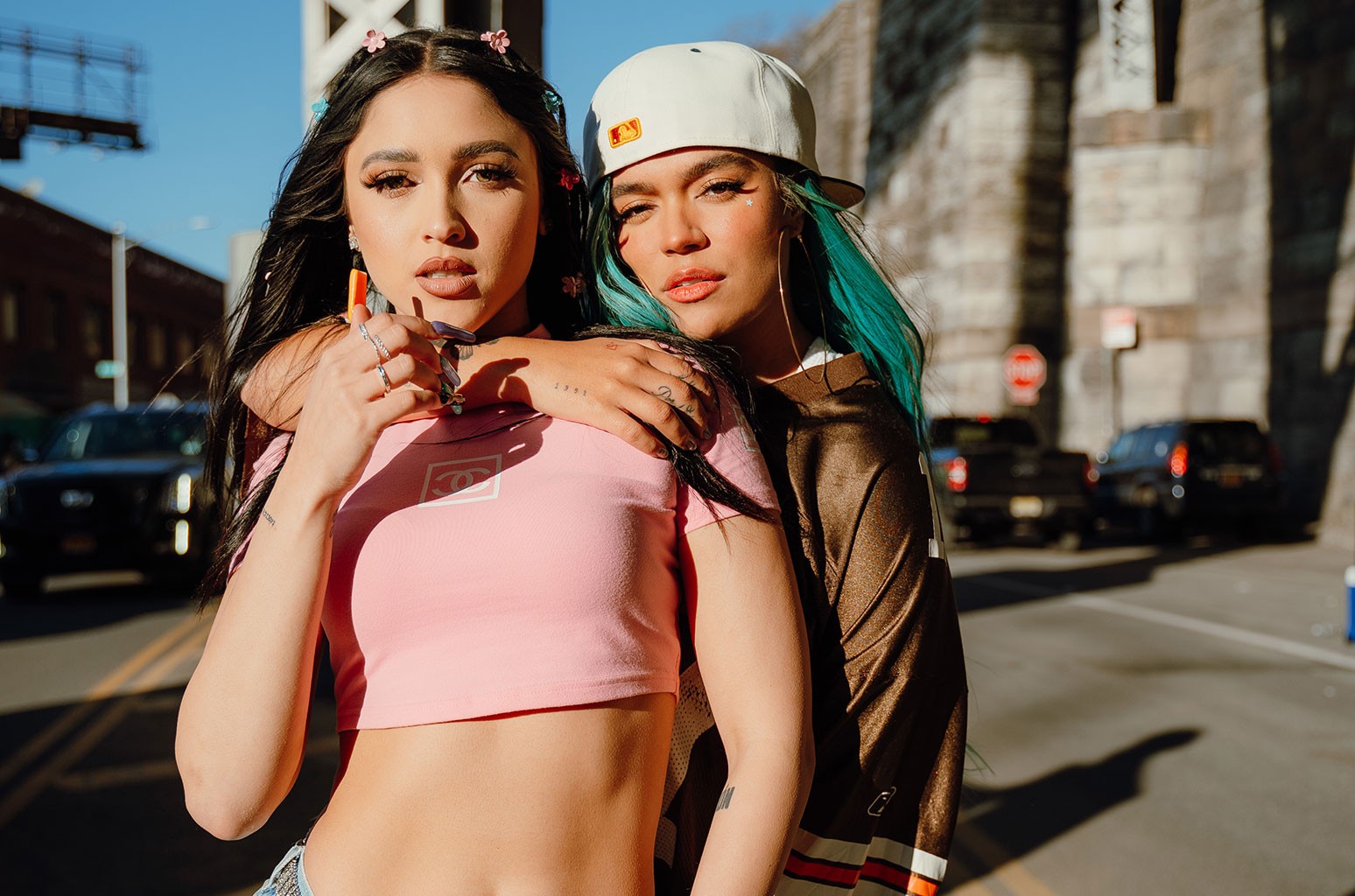 A week after her first live performance at the Billboard Music Awards on May 23, and her win for Top Latin Female Artist, Karol G continues her winning streak as “El Makinon,” with Mariah Angeliq, bounds from No. 7 to No. 1 on the Latin Airplay chart (dated June 5). The Colombian performed a medley of the tune and “Bichota” on the NBC broadcast.

The track rises with a 26% boost in audience impressions, to 8.7 million, earned in the week ending May 30, according to MRC Data. That’s a 1.8 million gain from the previous week. “El Makinon” marks Karol G’s 11th Latin Airplay No. 1. Mariah Angeliq claims her first on any Billboard chart.

Third female pairing to rule Latin Airplay: As “El Makinon” hits No. 1, it becomes the first pairing by two women to top the chart in over a year. Who did it last? Karol G again, when “Tusa,” with Nicki Minaj, held atop the tally for five weeks starting Feb. 15, 2020. Prior to that, Becky G and Natti Natasha took possession of the crown for one week with “Sin Pijama” in 2018.  Notably, the three mentioned No. 1s are the only leaders by two female acts in a lead role to rule the tally since the chart’s inception in November 1994.

Karol’s Fifth No. 1 From the Same Album: “El Makinon” is the fifth consecutive track from KG0516 (Karol’s first Top Latin Albums No. 1 debut) to crown Latin Airplay: “Tusa” with Nicki Minaj, “Ay, Dios Mio!,” “Bichota” and “Location” with Anuel AA and J Balvin all ruled for at least one week. Among women, she holds the record for the most leaders on the chart from the same album.

Most recently, the Black Eyed Peas came closest with four No. 1 titles from Translation — between February 2020 and March 2021 (“Ritmo [Bad Boys for Life],” “Mamacita,” “Feel the Beat” and “Girl Like Me”). Prior to the Peas, Bad Bunny netted four Latin Airplay No. 1s all from YHLQMDLG (“Vete,” “La Difícil,” “Yo Perreo Sola” and “La Santa”).