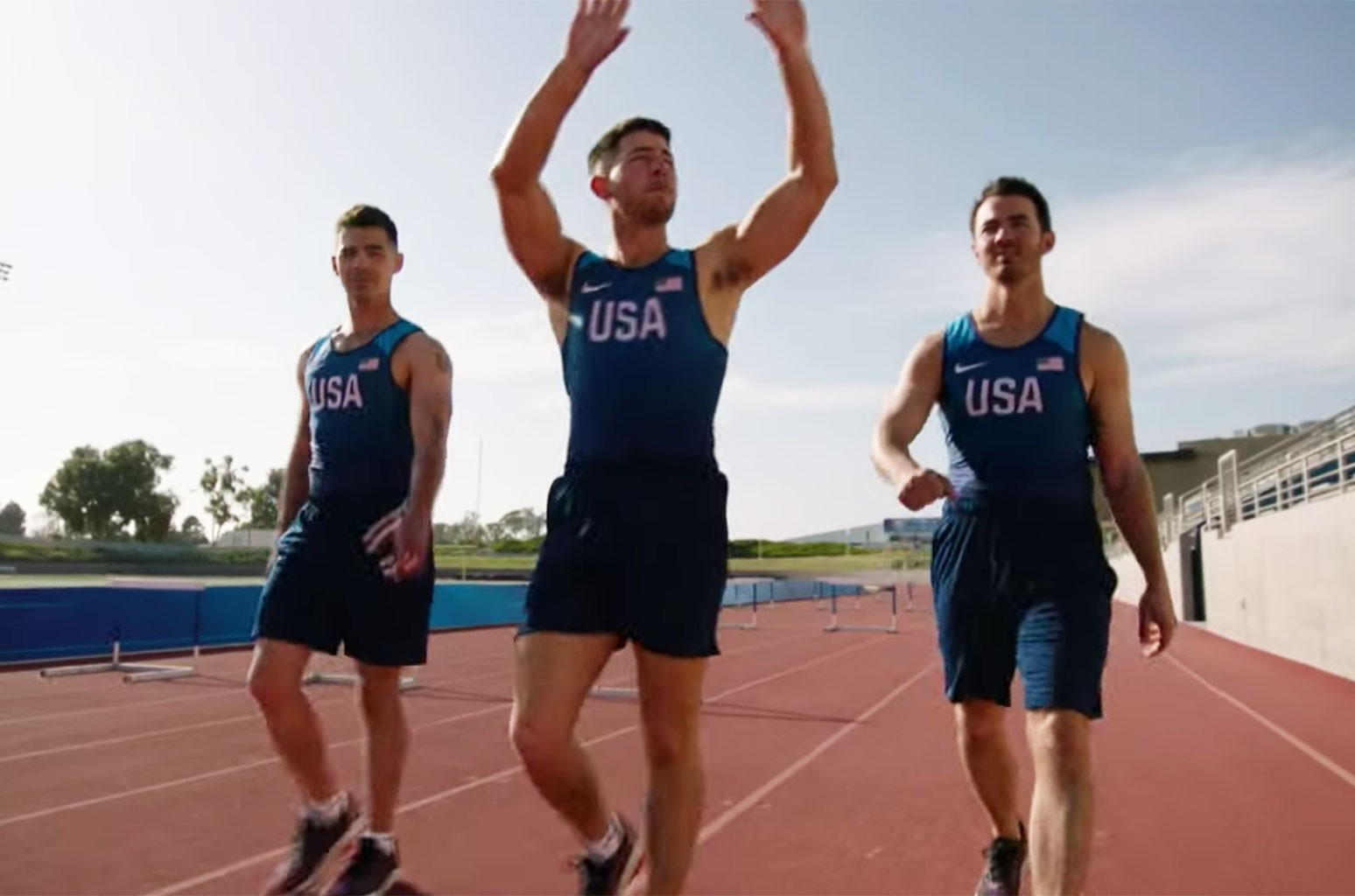 The Jonas Brothers have already won over the hearts of their fans, but now they’re competing against each other to win gold medals during their Olympics-themed television special.

The hour-long special Olympic Dreams Featuring Jonas Brothers will focus on Nick, Joe and Kevin Jonas’ sibling rivalry taken to a whole new level as they all aim to secure coveted spots on the U.S. Olympic team — or try their best to. The pop trio have even recruited some historic Olympians for their training, including world record holder and hurdler Sydney McLaughlin, four-time gold medalist and track star Sanya Richards-Ross, gold medal-winning gymnasts Laurie Hernandez and Nastia Liukin, and silver medalist and BMX racer Alise Willoughby.

But warming up for the Olympics is much different than warming up for a show, as the brothers soon find out in the “first look” clip of the episode. Joe goes from “feeling like a gazelle” to “just a sack of potatoes,” while Nick calls being with the actual Olympic athletes a “very humbling” experience regardless of his query about their invitations to join Team U.S.A. at the Tokyo Olympic Games later this month.

In an E! News exclusive clip, the brothers test their abilities at track and field, training with McLaughlin and Richards-Ross. But it turns out that age may be give one of the siblings a leg up. After Kevin hits a hurdle he’s attempting to jump over, Nick jokes, “There’s a bit of an age gap. You’re getting old. It happens. It’s natural. You shouldn’t feel ashamed of it. We can maybe take one of the hurdles away for you to make it even.”

Catch the JoBros in action and watch them be put to the test about the Olympic Games below.