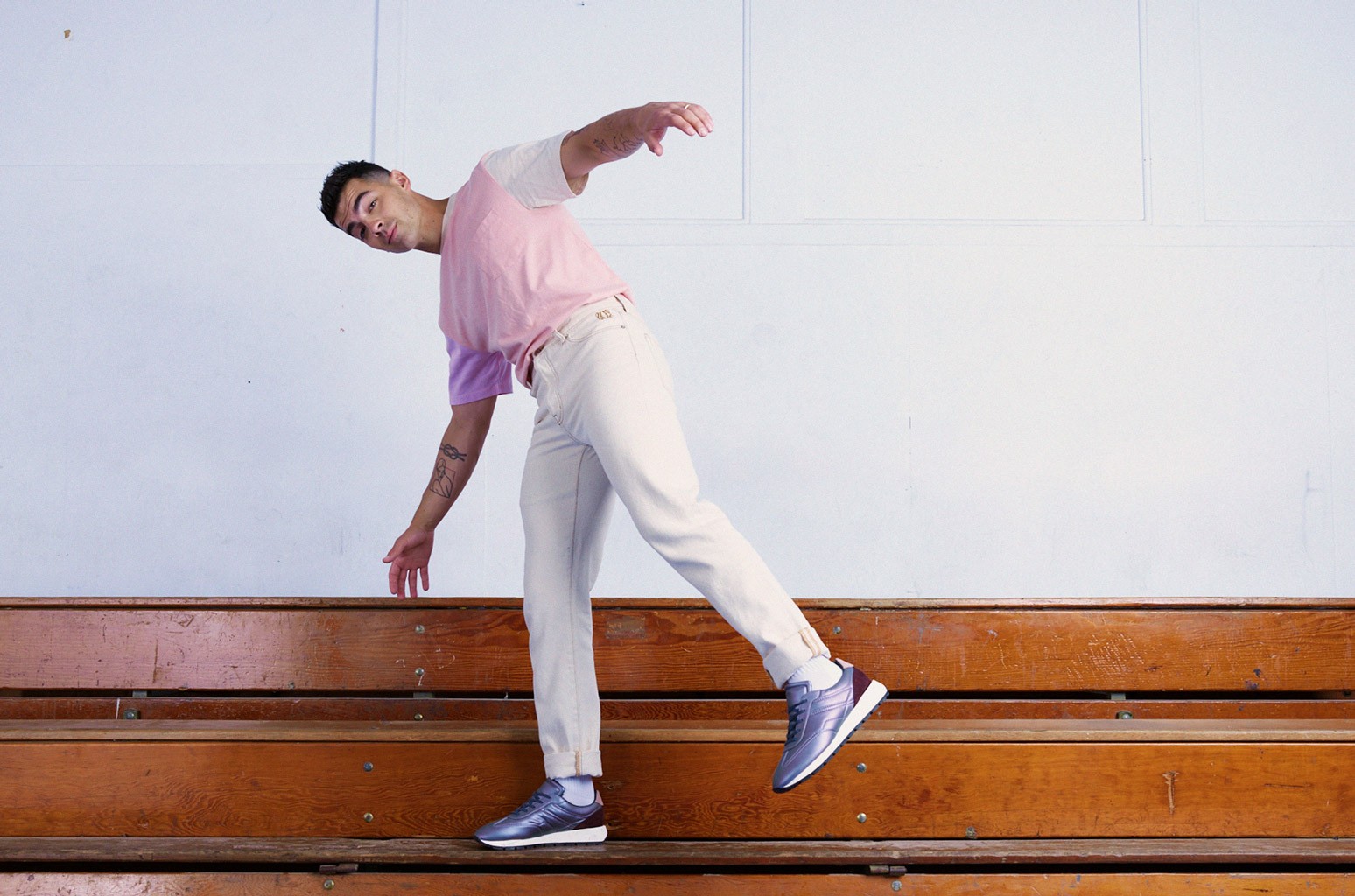 Joe Jonas is bringing his retro style to the shoe game.

The star teamed up with Koio on Thursday (June 3) to launch the luxury brand’s first celebrity collaboration. The Koio x Joe Jonas Retro Runner, features the classic track style silhouette of the 1980s as the base for the show-stopping, iridescent upper.

“Koio has a store in New York that I used to go to quite a bit,” Jonas, a longtime fan of the brand, tells Billboard of the collaboration. “I really like their shoes, their designs, and their price range. I was really excited when I found out they wanted to meet and talk about a potential collab and we created something really special. “

The singer added that he was “very involved” in the design process, and overall, the “experience was fantastic.”

Jonas also gushed over the versatility of the Koio x Joe Jonas Retro Runner. “I like to wear it with almost everything,” he admits. “I made sure the color used was iridescent enough that you can wear it dressed up, casual, you can wear it work out in. One of those universal shoes that can be mixed and matched.”

It’s no secret that Jonas loves throwback eras like the 70s and 80s, and he tells Billboard that his love for “the music, the TV and the films I love watching” from that time period reflect in his personal style — hence the retro feel of his new Koio collaboration. “I try to find inspiration with different designers that are doing those [throwback] things,” he says.

As for what’s next, Joe is excited to head out on the Jonas Brothers’ massive summer “Remember This” tour, which is slated to kick off on Aug. 20 at the Park Theater in Las Vegas. “Very exciting to be hitting the road with them again after the year we’ve had,” Jonas says. “It’s been difficult for everyone but now with the safe and outdoor venues Live Nation has provided we are going to have a great time with the fans.”

Tickets for the tour are on sale here, and the Koio x Joe Jonas Retro Runner is available for purchase here.