Jennifer Lopez & Ben Affleck Return to the Red Carpet Together for the First Time in 18 Years: Pics 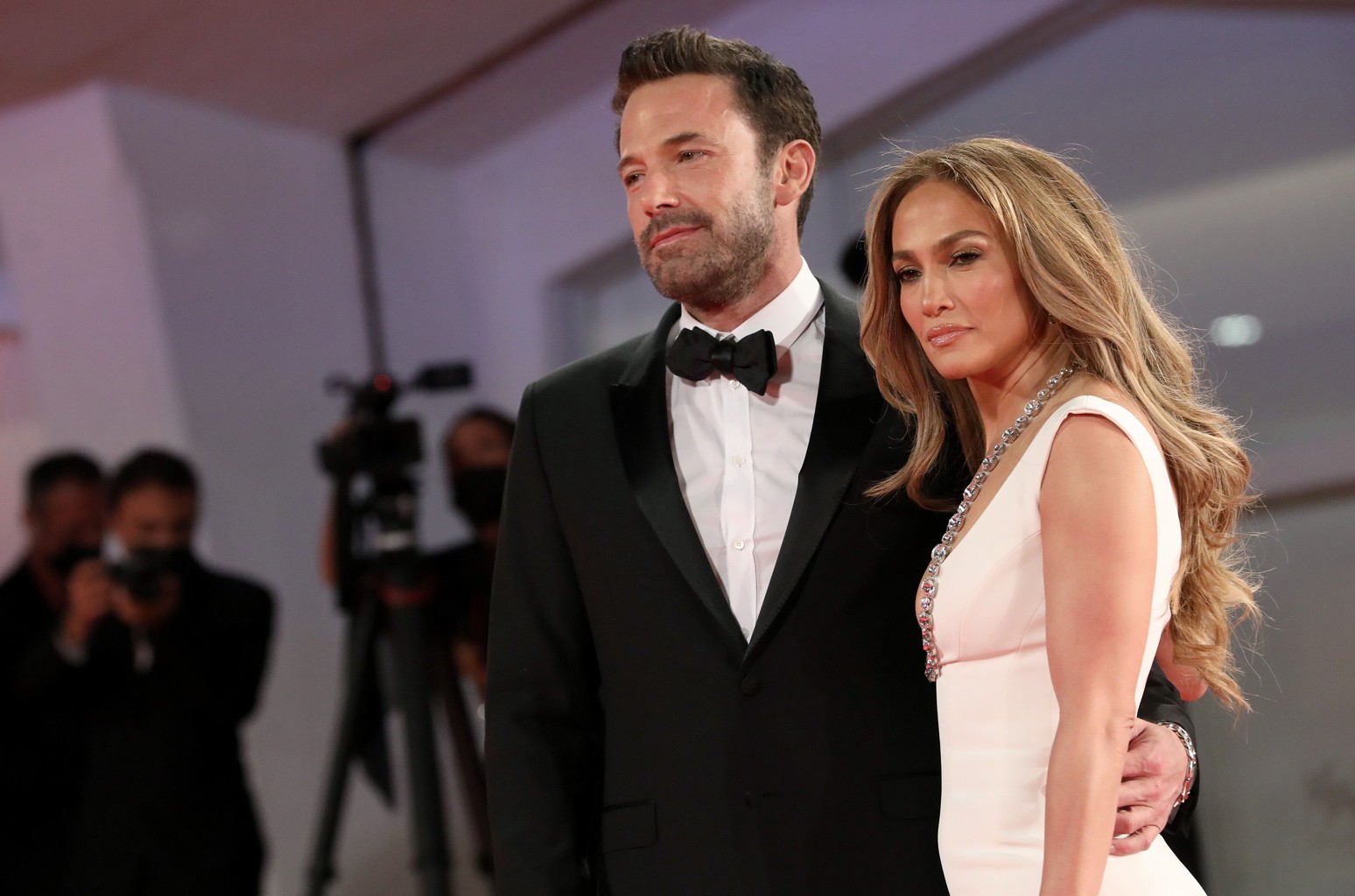 Jennifer Lopez and Ben Affleck are back and better than ever. After a summer filled with multiple vacations and PDA photos, the couple just marked another big moment in their rekindled relationship. On Friday (Sept. 10), Lopez and Affleck attend the Venice International Film Festival together for the premiere of Affleck’s new movie, The Last Duel. The high-profile appearance marks Lopez and Affleck’s first red carpet appearance as a couple in 18 years.

The “In the Morning” singer stunned in an all white gown — designed by Georges Hobeika — with a plunging neckline, and accessorized her look with Cartier jewelry adorned in yellow diamonds. Affleck went classic with his attire, appearing alongside the singer in a sharp black tuxedo, matching bow tie and black patent leather shoes.

The pair looked cozy on the carpet, walking with their arms around each other, snuggling, and gazing adoringly at each other. They were also snapped sharing kisses.

Lopez and Affleck last attended a red carpet event together in 2003 for the premiere of Gigli. The pair — who starred in the film — were engaged at the time, but announced their split to the world in January 2004. Before confirming their split, Lopez and Affleck told People in a statement they were postponing their wedding due to “excessive media attention.”

The pair has yet to any make direct comments about their reunion, but went Instagram official on July 24. In a mini gallery of photos in which she was celebrating her 52nd birthday, the superstar saved the best for last: The final image was one of her and Affleck passionately locking lips.

Lopez famously called out paparazzi following her and Affleck’s relationship in the video for her 2002 hit, “Jenny From the Block.” The song, a now-iconic staple of Lopez’s catalogue, spent 20 weeks on the Billboard Hot 100 and landed in the No. 3 spot on the chart in December 2002.

See some of the photos from their return to the red carpet together below: