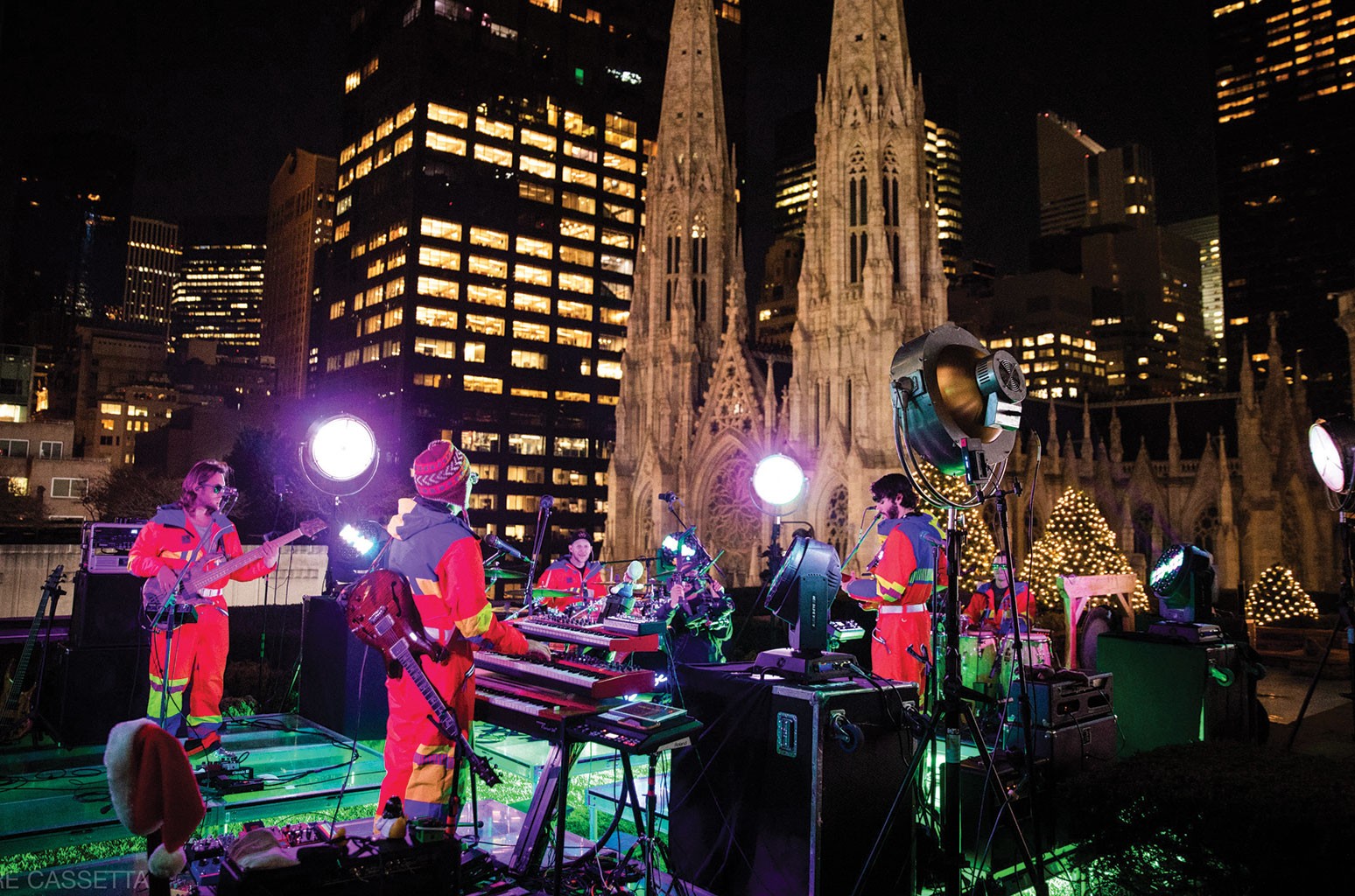 When the jam band Goose kicked off its five-night Bingo virtual tour last June, the Connecticut quartet wanted to mix things up beyond improvising through changing setlists every show. So it introduced a bingo machine that spit out balls with musical and aerobic challenges for the band — maybe covering Bob Dylan’s “Shelter From the Storm” or Kenny Loggin’s “I’m Alright,” or else running a lap around the barn where they filmed the series.

“They’re always looking for ways to make each show feel different,” says Ben Baruch, Goose co-manager and owner of Denver-based management company 11E1even Group, which has focused on livestreaming for its clients since 2019. Such spontaneity — the series finale was streamed from a working goat and llama pasture — help Goose gross nearly $500,000 in online ticket sales at $15 per night or $50 for all five shows.

Jam bands have quietly become the surprise earners of the pandemic thanks to devoted fans and compelling livestreams, and are now poised to dominate touring as live concerts return. Unlike most pop and contemporary touring shows, jam and improvisation-heavy bands are constantly changing their sets and musical arrangements so that no two shows are the same, attracting fans willing to pay to see the same band play multiple sets of different material.

Ticket sales for these kinds of acts have been exceptionally strong, says Don Strasburg, vp/senior talent buyer for AEG Live Rocky Mountains, though he’s hesitant to use the “jam” label, considering the genre’s diversity of styles from bluegrass to funk. Such acts that value “spontaneity and improvisation,” says Strasburg, “were already the largest for us in terms of number of shows and, based on sales so far, have grown significantly.”

Live recordings have long been an integral part of the jam scene since the 1960s, when fans started trading Grateful Dead concert bootlegs. In 2015, -Nugs.TV — which had launched 18 years earlier as an authorized platform for sharing live Grateful Dead and Phish recordings — switched to livestreams, and by 2019 was working with over 1,000 acts a year. That early adoption has been critical to developing an audience for streaming that could be activated when the pandemic began, says Peter Shapiro, owner of the Brooklyn Bowl venues in Brooklyn, Nashville and Las Vegas; the Capitol Theatre in Port Chester, N.Y.; and Lockn’ Festival in Arrington, Va., which all host livestreams. “Jam bands typically don’t sell a lot of records or stream particularly well on Spotify,” he says, “but fans put a premium on live performances because it’s how they most enjoy engaging with the music.”

As big-name acts like Dead & Co. and Phish are leading the first wave of touring this summer, bands that broke out as livestream successes during the pandemic are leveling up, too. Take Billy Strings, for example, who was playing clubs and theaters before the pandemic: In February, the bluegrass phenom sold 20,000 pay-per-view $15 tickets for four shows streamed on Fans.live, with another 200,000 viewers tuning in for the free series opener and finale broadcast on Twitch. He’s now starting an amphitheater tour in June.

Goose is also seeing real-life results from its livestreaming strategy, kicking off a fall tour at Bonnaroo in September before heading to New York’s 3,000-capacity Terminal 5 for back-to-back nights. Earlier this week, the band announced it was a headlining the second weekend of LOCKN’ Farm, one of its biggest bookings yet.

“Our last New York show in 2019 was the Music Hall of Williamsburg, which holds about 600 people,” says Baruch. “The band is coming out of the pandemic much bigger than they were going into it.”