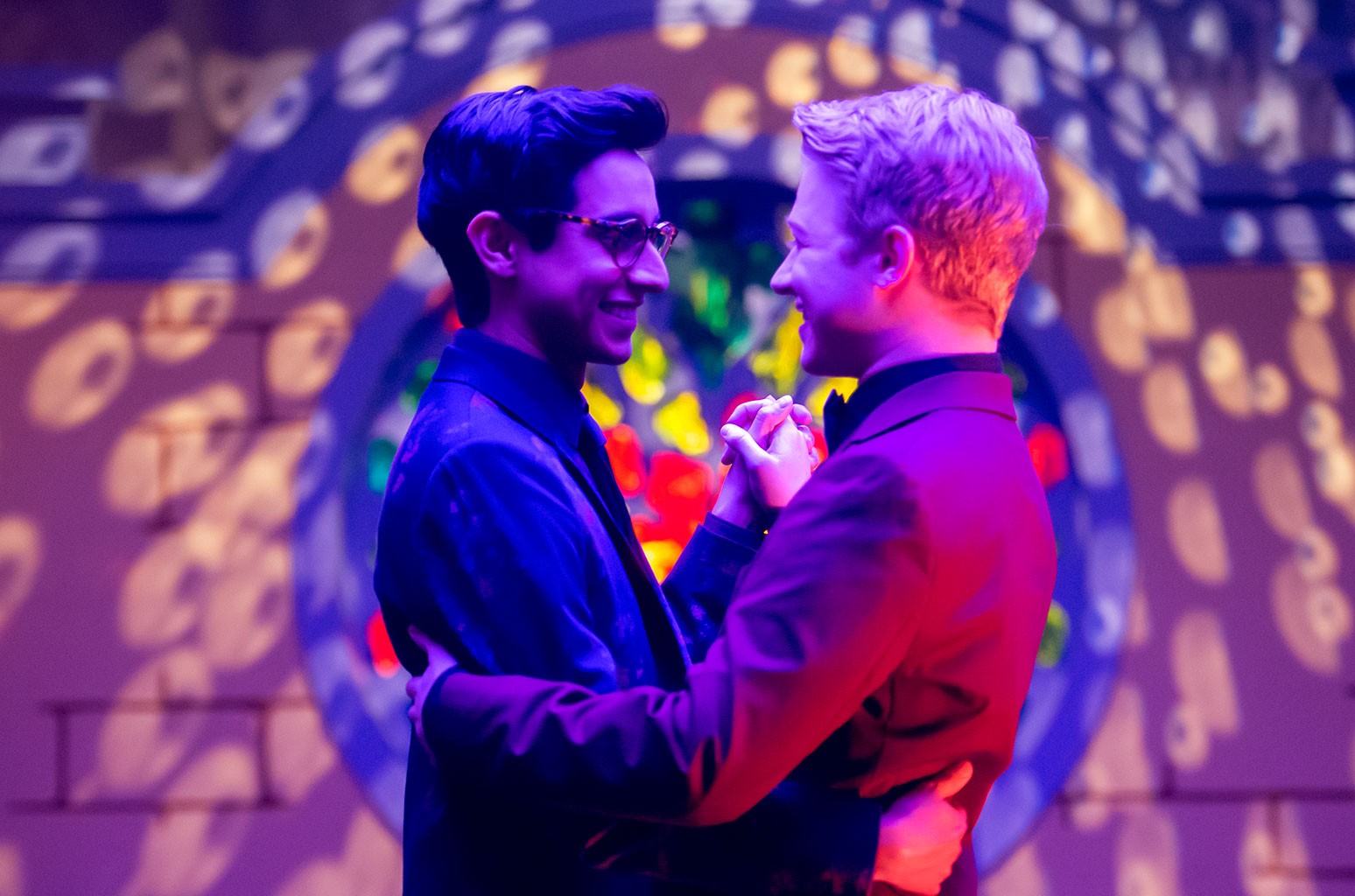 When Frankie Rodriguez and Joe Serafini set out to play the characters of Seb and Carlos on Disney+’s High School Musical: The Musical: The Series, they knew that they were going to be making history for the iconic brand.

“To get to be that sort of representation that we didn’t get to see growing up, and doing it on Disney+, and then doing it on High School Musical, something that we both grew up obsessed with… it’s very special,” Rodriguez tells Billboard. “We’re always just feeling so grateful and excited about sharing it with the world.”

Throughout season 2, the show has explored Seb and Carlos’ romantic relationship — from their smitten start at Season One’s homecoming dance to jealous falling outs in more recent episodes. While having an openly gay couple was already a milestone for Disney, the pair would soon be making even more history.

In the latest episode of the series, titled “The Transformation,” Carlos — seeing his relationship headed for the rocks — teams up with Ricky Bowen (Joshua Bassett) to write a song for Seb, letting him know exactly how he feels. The result, “In a Heartbeat,” is an upbeat, pop-fueled song of pure infatuation, with the refrain’s insistence “in a heartbeat, I’d choose you” accomplishing exactly what it set out to do. “In a Heartbeat” is a beautiful love song, and it’s also another first for Disney — their first love song between two LGBTQ characters.

Serafini says that wrapping his head around being the first to do this for a Disney property is still a struggle. “It is a little nuts and I, like, go back and forth where I’m just like, ‘Why me?'” he says. “‘How did I get here?’ But it is truly the best feeling ever.”

Rodriguez, on the other hand, said that he didn’t feel any undue pressure when rehearsing, recording or eventually filming his performance of the song — to him, the importance of the moment only energized him to make sure it was done right, a feeling he says was shared on set. “I remember when I went in to go record with Steve Vincent (Disney’s vp of music and soundtracks and the show’s musical supervisor), and before we started recording, he was like, ‘I really just want to take a moment to show just how far we’ve come and how much this experience is going to mean to somebody watching it at home,'” he says.

The moment certainly wasn’t the pair’s first on-screen show of romance — the pair kissed in “The Quincañero,” shortly after Seb performed a cover of Miley Cyrus’ “The Climb” as a birthday gift for Carlos, and they even started to show their love for one another way back in Season One when they attended the homecoming dance together. Serafini is quick to point out that “In a Heartbeat” pays a small tribute to that uniting moment for the two characters with a simple costume change.

“Getting to go back into those suits, those are the suits we were wearing when we first go to the homecoming dance together,” Serafini says, pointing out the small Easter egg. “It’s kind of a really sweet moment to get to call back to that moment when they first really, you know, went on their first date together. What was really fun about it was that the director of this episode (“The Transformation”), Joanna Kerns, also directed that episode of the homecoming dance. So getting to share that with her was just like the absolute best.”

The two actors, who are both queer and dating one another in real life, both recognize the importance of a song like this to the young Disney fans who may be watching at home. For Serafini, the song’s lyrics strike a personal chord. “I always think about the lyric that you (Frankie) sing, ‘You make me feel like myself,'” he says, “Like, I think that is such a perfect representation of the feelings that we feel as LGBTQ people, in a world where that’s not the norm. When you do start to feel those feelings and you’re like, ‘That’s how I feel like that’s me.'”

As for Rodriguez, the actor says he was heartened throughout the show, and especially when performing the song, to be part of a queer love story that didn’t have to do with pain or trauma, instead choosing to focus on the joy of romance. “I feel like most stories that we see, it’s usually about a coming out and it’s usually a little, there’s like a bully and you know, there’s trouble at home. But these are just two teenagers who love to be a part of the theater club who are adore each other,” he says. “So I guess what I’m hoping people take away is that — you’re valid. Your feelings are valid and you know, you love who you love.”