Gotham Knights: The Owls Court will be in the game, here are 2 videos to present it 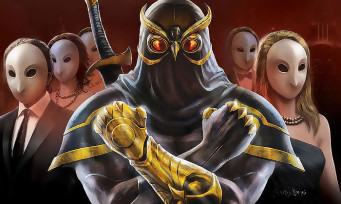 After Rocksteady’s Suicide Squad, we knew that Gotham Knight would also take advantage of DC Fandom 2021 to show off his attire and the latter did not skimp on his script to stand out. We learn that the Court of Owls will indeed be present in the game, and to believe the scrolling images, it is this secret organization that took the skin of Batman and Commissioner Gordon, erected as heroes in the middle of Gotham City through iconic statues. Warner Bros Games Montreal and the representatives of DC Comics also explain in a making of (the 2nd video) how they managed to transpose the stories from comics to video games. They also explain to us that they did not just take what existed in the works of Scott Snyder and Greg Capullo, they also enriched the story and the characters. Moreover, we quickly understand that the Penguin seems to have a connection with them. The developers warn us besides that we should not underestimate the Ergots, since they seem formidable. Batgirl, Nightwing, Red Hood and Robin will not be too much to save Gotham from this secret mafia. The release of Gotham Knights is expected in 2022 on PC, PS5, PS4, Xbox Series and Xbox One.

Indie Cyberpunk Game The Last Night Will Reemerge In 2022, According To Developer
08.12.2021 01:20
Комментарии для сайта Cackle