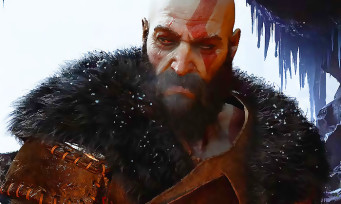 While Sony Interactive Entertainment has always indicated that God of War Ragnarök will land this year, GameReactor recently sent Kratos fans into a panic. Indeed, our colleagues – relying on several European sources – have indicated that the release of the game was about to be postponed to 2023. But that was without counting on Jason Schreier (Bloomberg) who, for his part, spoke with three people close to the Santa Monica Studio teams; and it is formal: God of War Ragnarök will be released next November. Internally, if marketing in September had been envisaged at the start, the studio would have finally made the decision to postpone the festivities for a few weeks.

Anyway, we should be quickly fixed on the subject, since the same Jason Schreier ensures that Sony Interactive Entertainment will announce the release date of the game by the end of the month. In other words, the fact that God of War Ragnarök was not shown during the last State of Play or during the Summer Game Fest 2022 conference would be anything but a sign of feverishness at Santa Monica Studio. So much the better.