GhostWire Tokyo: the Yokais, these monsters of Japanese folklore, flood the streets of Shibuya 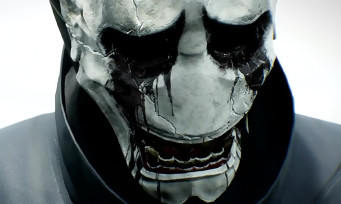 There were not only first-party games during the PlayStation Showcase on September 9, 2021, since Bethesda Softworks was also present to present us the exclusions dealt with Sony, just before its takeover by Microsoft and its 7.5 billion dollars. swung on the table. Ghostwire was therefore one of the games that were entitled to a new trailer, dynamic gameplay in support, just to remind us that it will stand out from classic first-person view games. We remind you that Tango Gameworks is in charge of this title, the famous studio founded by Shinji Mikami and to whom we owe The Evil Within. As for the scenario, we will take on the role of Akito who will see his body disintegrate one fine morning when he was walking around Shibuya. Suddenly, Yokai, these watches from Japanese folklore, invade the roads and then engage in a confrontation with entities from elsewhere who want to suck his soul. With a successful DA, failing an impressive technique, Ghostwire Tokyo should also offer gameplay that promises to be as crazy as it is varied. The release is expected in spring 2022 on PS5 and PC.