FIFA 22: Electronic Arts is also thinking of changing the name of its game, explanations 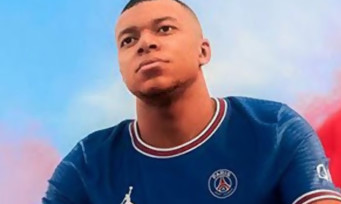 By changing the name – and the business model – of its football game (we went from PES to eFootball as a reminder), Konami has probably opened a breach. A breach in which Electronic Arts seems to want to rush in turn if we are to believe the press release that was sent in the morning. We have indeed learned that the American publisher is in the midst of a reflection phase to also change the name of its football simulation. A purely financial decision since Electronic Arts is in the process of reexamining the naming rights agreements with FIFA, and the question arises of the impact of detaching itself from the FIFA name on the public, knowing that the publisher would continue to keep the names. other partnerships with official clubs. It must be said that EA has been renewing this contract since the launch of the first FIFA in 1993 and this obviously corresponds to a certain amount. Contractually, the publisher holds the rights to use the name of the football federation for its games until December 31, 2022 and questions its profitability.

That said, such a name change could count big for Electronic Arts, which indeed risks losing part of its audience in the process, not to mention that a new economic model also seems to be under study. While waiting to know if FIFA will also take the turn of free-to-play in the short to medium term, Electronic Arts clarified that FIFA 22 is already a success with a “record launch”, knowing that no figures have been communicated. On the other hand, we know that 460 million games have already been played since the launch and that the game has already gathered 9.1 million players.