F1 2021: the game would have leaked, it speaks of a scripted mode 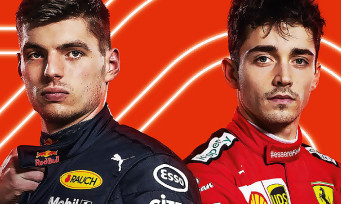 If Electronic Arts has decided to take its time with the next Need For Speed, it is for two reasons. The first is that the Criterion teams have been requisitioned to work on the next Battlefield. The second reason is the takeover of Codemasters for over a billion dollars. Suddenly, the American publisher has absolutely no reason to hurry, since the British studio will probably serve him at least one racing game this year. Moreover, the Italian site Aggiornamenti Lumia claims to have information regarding F1 2021 in their possession.

Obviously, we should be entitled to a scripted mode called “Braking Point” whose content already titillates our curiosity. Also mentioned are the “Career” mode for two, split screen races, additional options in Casual and Expert, as well as a “Career” mode including new R&D programs and a mode to try them out quickly. We are also told about extended statistics for drivers (such as Concentration), and special events within the team. In addition, whether it is online play, esport, or even the “MyTeam” mode, all will be back in F1 2021, with further improvements.

Note that the release date would already be set for July 16, not only on PS4, PC and Xbox One, but also on Xbox Series S and Xbox Series X. The PS5 is not mentioned, but we can when even imagine that it will necessarily be affected by F1 2021. Finally, still according to Aggiornamenti Lumia, Electronic Arts and Codemasters should formalize all this very soon.