ElyOtto on What Hyperpop Means to the LGBTQ+ Community 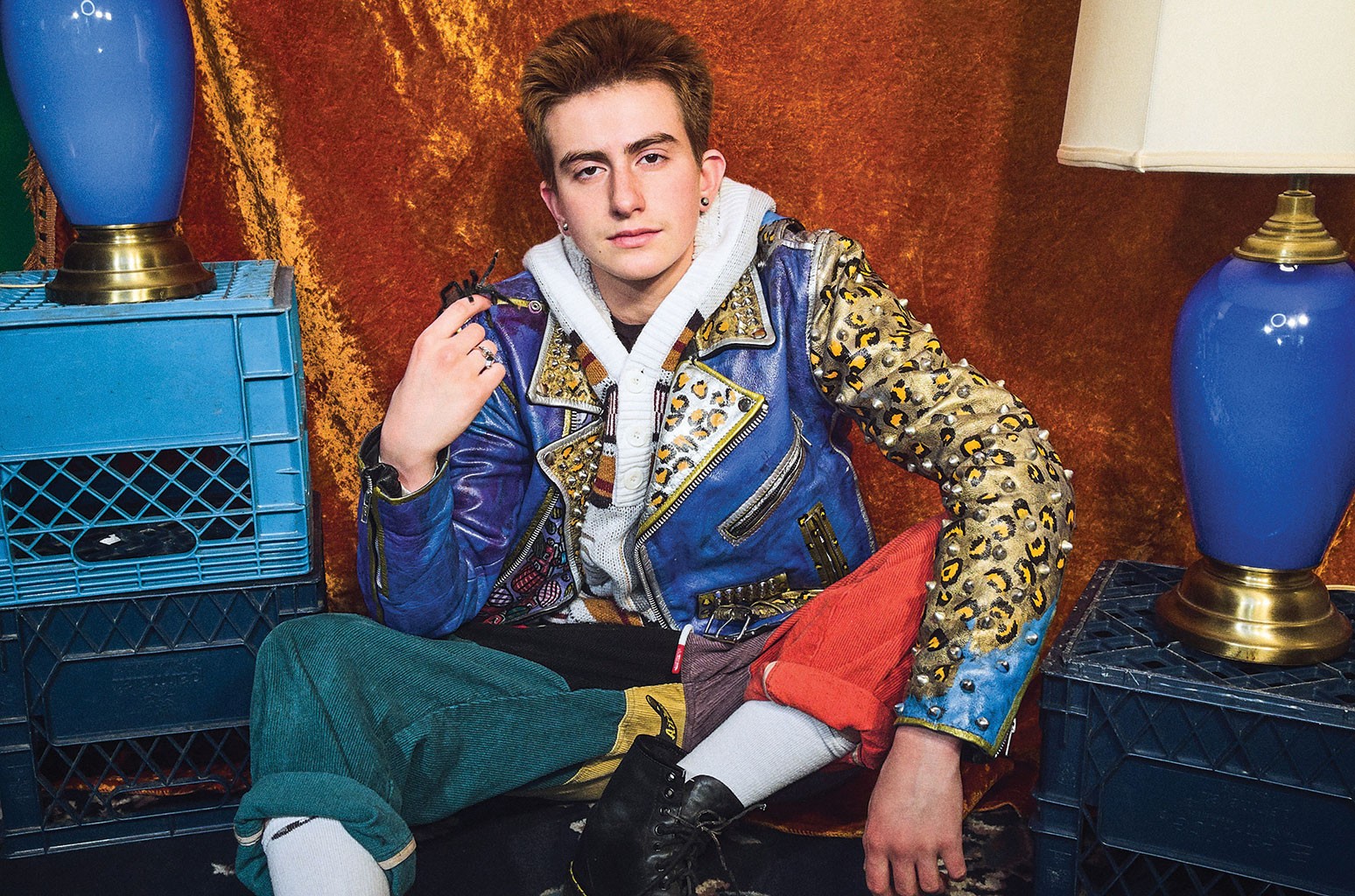 From rock n ‘roll forebearers like Esquerita and Little Richard to punk pioneer Jayne County, queer and trans artists have always pushed the aesthetics of popular music to the extreme. That includes the rising genre of hyperpop, which can jump from sugar-sweet plasticity to ear-splitting distortion in less time than it takes to watch a TikTok video. Since the mid-2010s, some of the genre’s biggest architects — including SOPHIE, Dorian Electra and 100 gecs — have used Auto-Tune, glossy synths, industrial sound effects and propulsive beats to make music that both celebrates and parodies the mainstream’s absurdities.

As these queer and gender binary-flaunting artists leaned into pop’s least human elements, they inspired a 17-year-old trans artist in Calgary, Canada, along the way. “Hyperpop can really appeal to that teen sitting in their bedroom who isn’t feeling very good about themselves and needs a boost of energy,” says Elliott Platt, who records as ElyOtto. His breakthrough track “SugarCrash!,” a diaristic, candy-coated slice of teenage dissatisfaction, has inspired nearly 9 million TikTok video creations, earned him an RCA deal and gotten the remix treatment from Kim Petras and Curtis Waters.

After wrapping up his homework on a recent evening, ElyOtto — joined by his pet gecko — hopped on a Zoom call with Billboard to explain hyperpop’s appeal.

A lot of LGBTQ+ artists have defined the genre. What’s the relationship?

Hyperpop is very filtered. I wouldn’t say polished — because a lot of it is really rough and sounds good that way — but you can manipulate it to sound however you want. I think that’s appealing to a lot of transfemme people. Like Laura Les from 100 gecs: She pitches up her vocals, puts a lot of Auto-Tune in there and uses that to scream and express all that raw emotion. I admire that so much. And I wanted in on that.

A lot of it also is that hypermasculine, hyperfeminine gender-role thing going on in mainstream pop. It’s parodying that by taking it to the next level: “We can do this, too, and we’re trans.”

How does your identity shape your work?

A lot of my lyrics are based around being dysphoric and queer and how I treat myself because of that. In “SugarCrash!,” I did pitch up my vocals, but that’s not because I’m dysphoric about my deep voice — that’s what I want — it’s more to detach myself. I can push it into the world without worrying that people will be like, “Oh, the sounds like a girl.” I can be like, “Duh! I pitched it up, of course I’m gonna sound like a girl.”

Are you more comfortable using Auto-Tune?

For hyperpop, Auto-Tune is necessary. But I make folk music on the side, and I don’t use Auto-Tune for that; that’s just my voice. As somebody that’s a little bit on the gender nonconforming side, that’s kind of my thing — throwing people off. I’m hoping this huge boost that was given to me by the algorithm gods has helped me find a listener-base that will like [all] my stuff.

You’re only 17, and you have an RCA deal and millions of streams. Do you ever sit back and go, “Wow, I’m incredible”?

I should probably start doing that because I have pretty low self-esteem otherwise. It has failed to hit me as hard as it should. I get recognized in the streets, and I’m like, “Yep, that’s me. What’s up?”

I’ve never been to a rave before. I’ve been to moshes at local all-ages metal shows and miss them so much. I assume a rave is like that — only with EDM music and less teeth being knocked out.