Drake, Taylor Swift, The Beatles & All the Acts That Have Replaced Themselves at No. 1 on the Hot 100 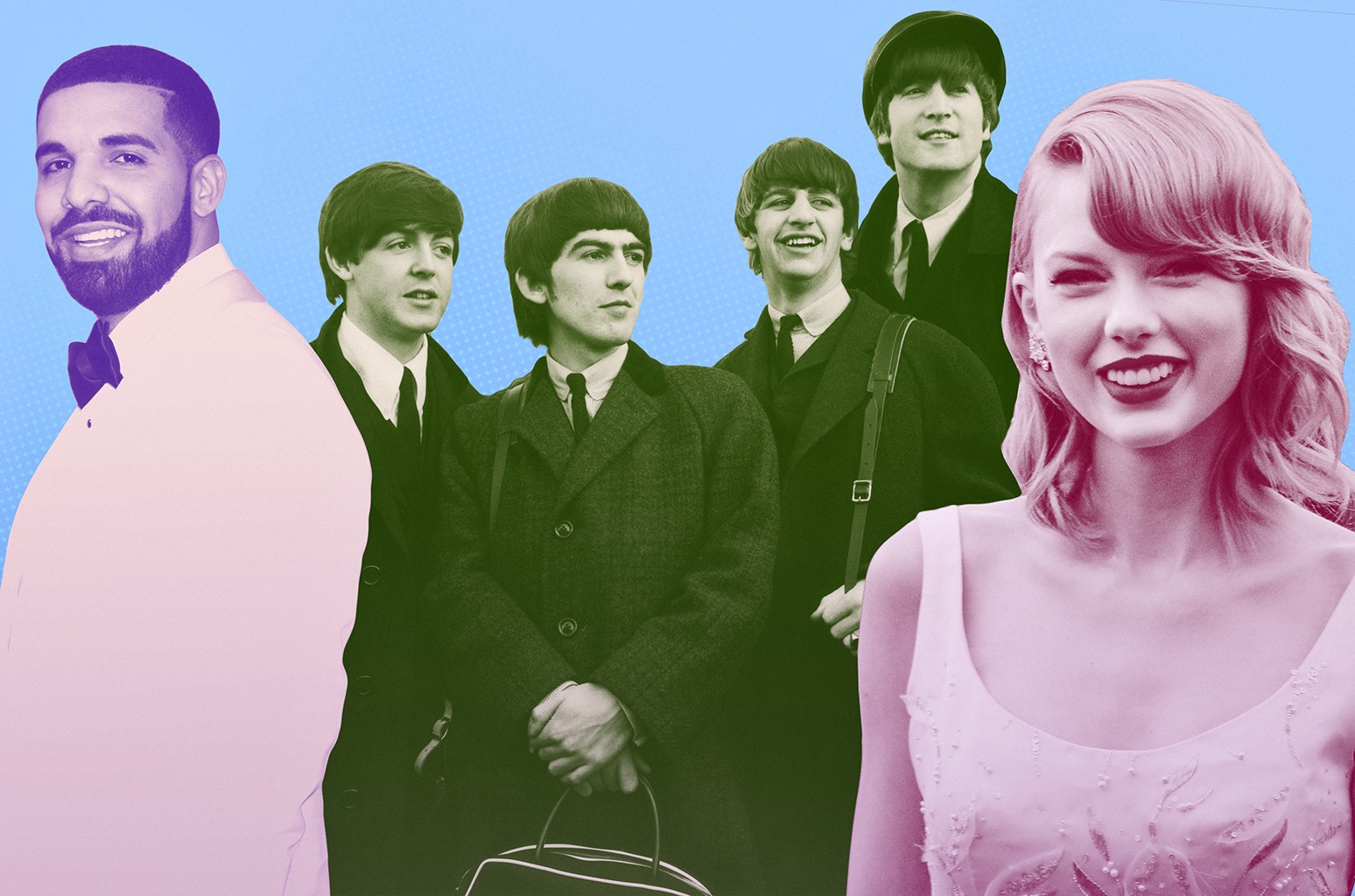 Sometimes an act is so dominant that the only act that can dethrone it from atop the Billboard Hot 100 is … itself.

BTS is the latest example, as the group’s “Permission to Dance” replaces its own “Butter” atop the Hot 100 dated July 24.

Such a succession had last occurred three years ago this week, when Drake‘s “In My Feelings” tagged in for his own “Nice for What” atop the Hot 100 dated July 21.

The Beatles first achieved the feat and are the only act to notch three consecutive No. 1s, as the band’s first three leaders ruled back-to-back-to-back in 1964: “I Want to Hold Your Hand,” “She Loves You” and “Can’t Buy Me Love.” (Usher almost tripled up consecutively, but Fantasia‘s “I Believe” interrupted his run of three No. 1s in 2004, noted below.)

Further, Drake, Justin Bieber, Usher and The Beatles are the only acts with more than one takeover of their own songs atop the Hot 100. Meanwhile, Taylor Swift is the only solo female to earn the honor.

Here is a recap of all the acts whose conquerors atop the Hot 100 have been themselves.