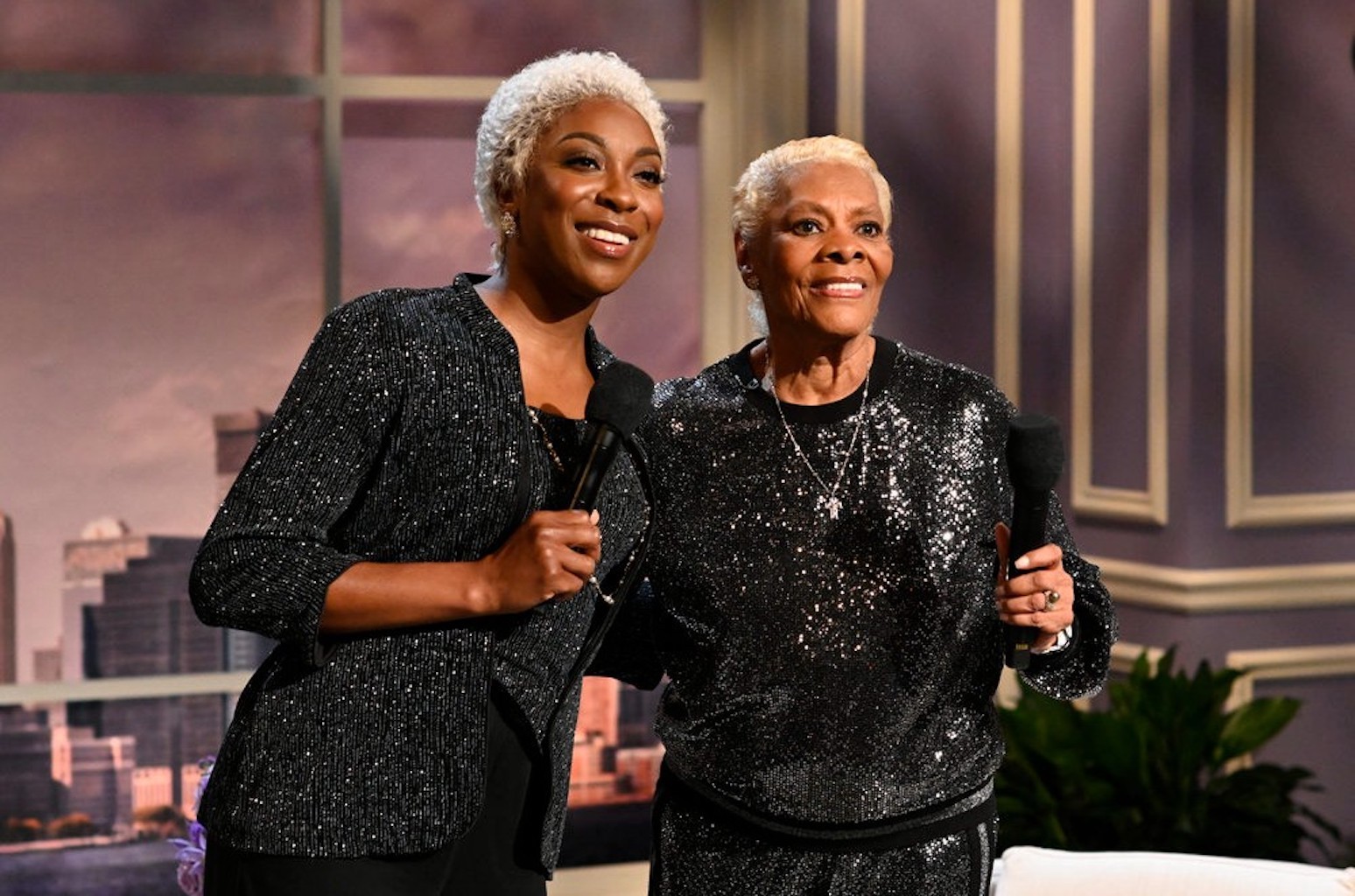 Saturday Night Live viewers may have found themselves doing a double take during the Nov. 6 episode of the long-running NBC comedy series.

For nearly a year, SNL cast member Ego Nwodim has been impersonating iconic singer Dionne Warwick in a hilarious recurring talk show-themed sketch in which she grills celebrities with out-of-the-blue questions reminiscent of her witty tweets.

“I’m tired of interviewing people who are not icons,” Nwodim’s Warwick said before introducing the real Warwick. “Please welcome, me.”

Wearing similar sparking outfits, the two engage in some playful banter before Nwodim’s Warwick mentions a song she heard by rapper YoungBoy Never Broke Again. She then asks the real Warwick why musicians today aren’t just named Burt Bacharach, a reference to the singer’s former collaborator.

“I don’t know the answer, but I will keep tweeting until I find out,” Warwick answers with a smile.

SNL debuted the “Dionne Warwick Talk Show” skit in late 2020 after the legendary singer went viral on Twitter following some memorable exchanges with artists such as Taylor Swift and Chance the Rapper.

Saturday’s sketch concludes with Nwodim’s Warwick and her doppelgänger guest singing “What the World Needs Now Is Love,” which appeared on Warwick’s 1966 album, Here Where There Is Love.

Watch the “Dionne Warwick Talk Show” skit below, and see the full episode of SNL on Hulu here. The streaming service is currently offering a 30-day free trial, which you can sign up for here.