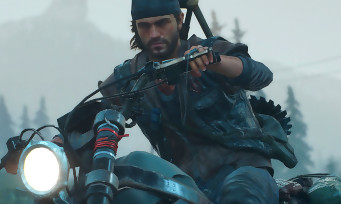 Follow-up to recent Bloomberg revelations regarding Days Gone 2, David Jaffe (the creator of God of War) was able to exchange with Jeff Ross, director of Days Gone. The opportunity to learn more about the refusal of Sony Interactive Entertainment which, by the admission of the one who now works at NetherRealm Studios (Mortal Kombat, Injustice), took into account the financial aspect. “The initial budget for Days Gone was high, but in the end, it was not the amount that was spent, he confides. The amount was much larger. […] Sony AAAs … These aren’t games that cost nothing.“

Jeff Ross recalls that the development of the first Siphon Filter cost between one and two million dollars, and the second two million dollars. “Suddenly, the return on investment on these games is good, he explains. But for games that have to sell between 4 and 5 million copies just to be profitable … there has to be some form of trust, because Sony doesn’t have the same level of cash as Microsoft and has to use it. intelligently while remaining attentive to the richness of its catalog. […] Even if we accumulate sales of our past games, Days Gone is the one with the most copies sold in the history of the studio. In this sense, it is a success compared to the reception of the players. On the other hand, the critics … Yes, it was the D-Day. A real bloodbath.“

Despite the many negative points raised by the media, Jeff Ross says he is proud of Days Gone. We even perceive a touch of regret when he makes it clear that this was the first episode of a new license, and that from there, Bend Studio could have improved the formula as is the case for other licenses. Moreover, he claims that Days Gone 2 (which he does not know if it has been definitively canceled) could have included a cooperation mode, an idea already considered for Days Gone.

“It would have been a special mode if we had done it in the first Days Gone, and even in another, he says. I actually didn’t want to complicate the storytelling because it’s something we’re good at. That was the main strength of Days Gone, and we capitalized on that.“In short, a multiplayer mode featuring the main elements of the single player campaign, with the possibility of creating your own crew.”I think it would have been fun to evolve in this co-op world and see what the hordes might have looked like.“

Asked by David Jaffe about Sony Interactive Entertainment’s obsession with blockbusters, Jeff Ross believes that games with lower ambitions can generate sympathy for the brand, but he does not know what is currently happening at the moment. within the company. “If they decide to fund only part of it, I think it’s playable, he says. Unfortunately for Sony, over the past decade or so, they’ve built their reputation around single-player games that are extremely polished, engage you emotionally, sell very well, and make a lot of money. And since they don’t line their pockets with Fortnite-style microtransactions, they have to be careful.“

Precisely, the shooting could be rectified soon since Sony Interactive Entertainment is currently looking for a manager capable of imposing large home licenses on mobile terminalss.