Cyberpunk 2077: gameplay on PS5 will soon be shown, CD Projekt RED assures it 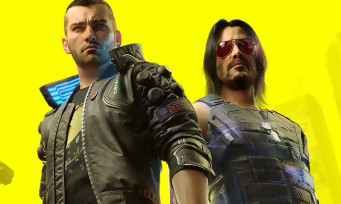 Yesterday CD Projekt RED unveiled 10 minutes of Cyberpunk 2077 gameplay on Xbox One X and Xbox Series X. A sequence whose graphic level on Microsoft’s next-gen console has not failed to worry those who are impatiently awaiting the game, some trolls even going so far as to laugh at the face by Johnny Silverhand, the character played by Keanu Reeves. In short, all that to say that the Polish studio has cracked an official statement to let know that gameplay on PlayStation consoles will soon be released.

It is not known if this will be part of the Nighty City Wire tomorrow (see you at 6 p.m. on CD Projekt RED’s Twitch channel), but if the procedure remains the same, we should therefore be entitled to sequences made on PS4 Pro, and others on PS5. In the meantime, we remind you that Cyberpunk 2077 is expected on December 10, and that a version specially designed for next-gen consoles is in the pipeline. There is no doubt that the graphic quality should be quite different.