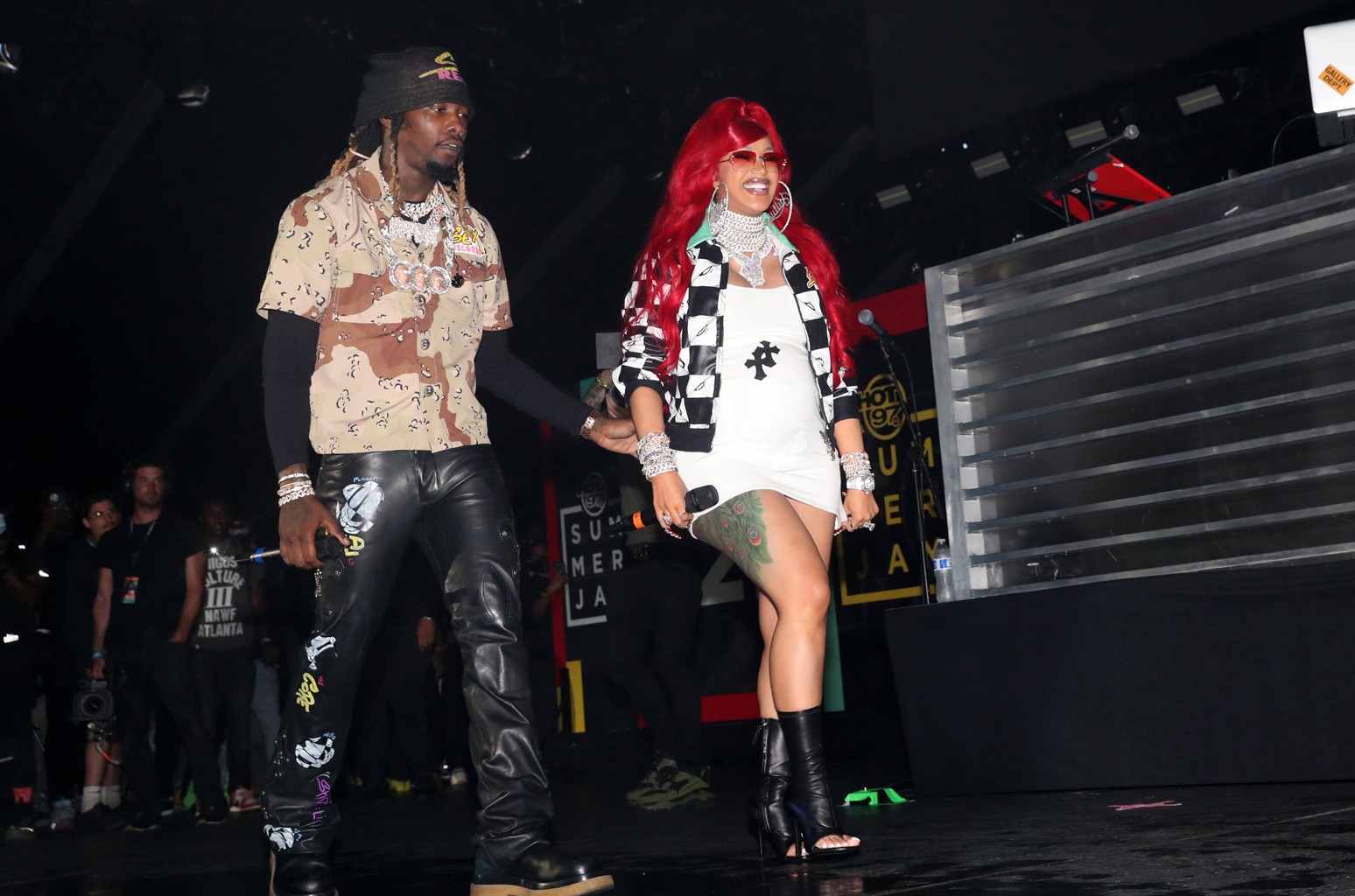 Keyword of the week for many musicians was “expansion.”

Cardi B and Offset expanded their blended family with the addition of their baby boy over the weekend, while Kylie Jenner and Travis Scott announced their family is growing with another baby along the way. Jenner’s estranged brother-in-law Kanye West‘s lengthy album Donda has proven fruitful for him as it debuted at No. 1 on the Billboard 200, and thus became the longest No. 1 album of the decade.

Global Citizen Live spread out its concert extravaganza scheduled for later this month to six continents. And Kings of Leon is taking their reach to new heights by soon becoming the first band to play their latest NFT song in space.

Take a look at Billboard‘s weekly roundup and the “awards” it gave to this week’s headlines.

Rappers are experiencing the joy of baby No. 2 all around! Cardi B and Offset welcomed their second child together on Saturday (Sept. 4) and announced the news with a touching photo from the hospital. “We are so overjoyed to finally meet our son,” the couple said in a joint statement. Meanwhile, Kylie Jenner shared her own tear-jerking Instagram post on Tuesday (Sept. 7), revealing that she is pregnant and expecting her second child with Travis Scott. See Cardi’s announcement here and Jenner’s announcement here.

Zaniest Music News: Kings of Leon will be first band to have an NFT played in space

Kings of Leon are launching the first-ever minted NFT song “Time in Disguise” with Inspiration4, which will make history in its own right by becoming the first all-civilian mission to orbit come Sept. 15. The song will be played for the first time by Inspiration4’s 29-year-old medical officer Hayley Arceneaux, who will be the youngest American, first pediatric cancer survivor and first person with a prosthesis to travel to space. Learn more about the historic mission here.

BTS’ “Butter” smash single sticks as the 2021 Song of the Summer, having kept at the No. 1 spot each week this year. “Butter,” which led the Billboard Hot 100 for 10 weeks and counting, is the first song to sweep the summer season since Lil Nas X’s “Old Town Road,” featuring Billy Ray Cyrus, in 2019. It’s also the first Song of the Summer performed by a duo or group in 10 years, since the duo LMFAO’s “Party Rock Anthem,” featuring Lauren Bennett and GoonRock, in 2011. Learn more here.

Global Citizen Live is staying true to its international campaign by expanding its 2021 concert festivities to six continents, with new additions in Los Angeles and London. The concert is set for Sept. 25, with the L.A. edition being headlined by Stevie Wonder and Duran Duran leading the lineup in London. The live music extravaganza will also be held at Paris, France; Lagos, Nigeria; Rio De Janeiro, Brazil; Sydney, Australia; and again at New York City, New York. Learn how to stream it here.

Fresh off her glass slipper-wearing heels of playing Cinderella in the Amazon Prime remake, Camila Cabello still shines as a princess with  her castmates Idina Menzel, Billy Porter and James Corden for Corden’s famous segment Carpool Karaoke on Wednesday (Sept. 8). While wearing a pink tulle gown, Cabello joined the rest in song for their favorite ABBA and Frozen covers. Watch it here.