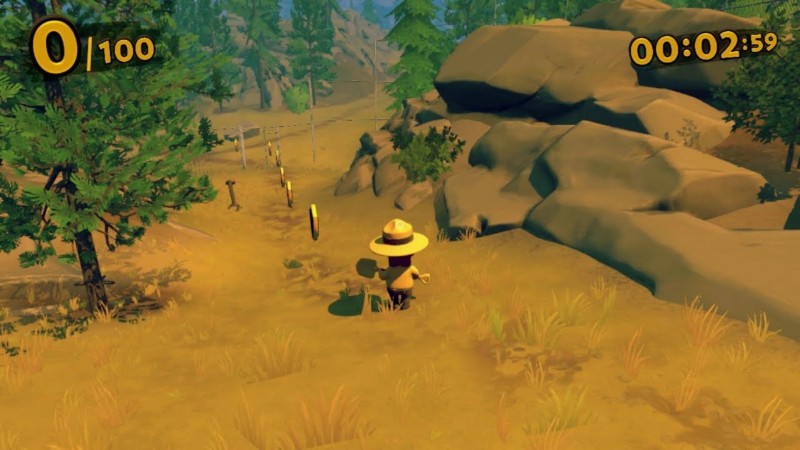 Firewatch celebrates its 5th anniversary today, and developer Campo Santo has been reminiscing about the game’s creation on Twitter. In addition to giving insight into the game’s development and sharing rare concept art, the studio revealed a fun Easter egg from the Switch version that seemingly not many people have seen: its own N64-style platformer.

An even more rarely seen piece of Firewatch: How closely have you dug into the Nintendo Switch version of the game? Have you truly completed everything on that cart? pic.twitter.com/CmQGpswzXY

The hidden mini-game has players take control an adorable park ranger and must collect 100 fire sign tokens within a time-limit. It’s a simple game and one that doesn’t take long to finish, as you’re just running down a course to the finish line. To access the game, players have to complete Firewatch’s story to unlock the free roam mode. The video below provides a full walkthrough showing exactly where to go to access the mini-game and the game itself.

I’m sure some of you are yelling that this is old news (the secret was first uncovered in 2018). That may be, but based on the many surprised responses, it seems fans who only played Firewatch on console or PC had no clue this existed. I certainly didn’t. It’s a neat little secret, and it’s always fun to see a cool secret get discovered by a wider audience

Firewatch released in 2016 and is a narrative adventure that puts players in the shoes Henry, a firewatcher stationed in the Wyoming forest. Henry’s marriage is on the rocks and during his tenure he forms a friendship with fellow firewatcher, Delilah, and the two bond over the course of the summer. If you haven’t played Firewatch, I can’t recommend it enough. It’s an engaging and beautiful adventure that was one of my favorite games in 2016. As for what’s next for Campo Santo, it’s hard to tell. The studio postponed development of In The Valley of Gods to work on Half-Life: Alyx. With Alyx out the door, fingers crossed they can get back to finishing that game.