Britney Spears Posts Topless, Tattoo-Less Photo While Telling Haters What They Can Kiss 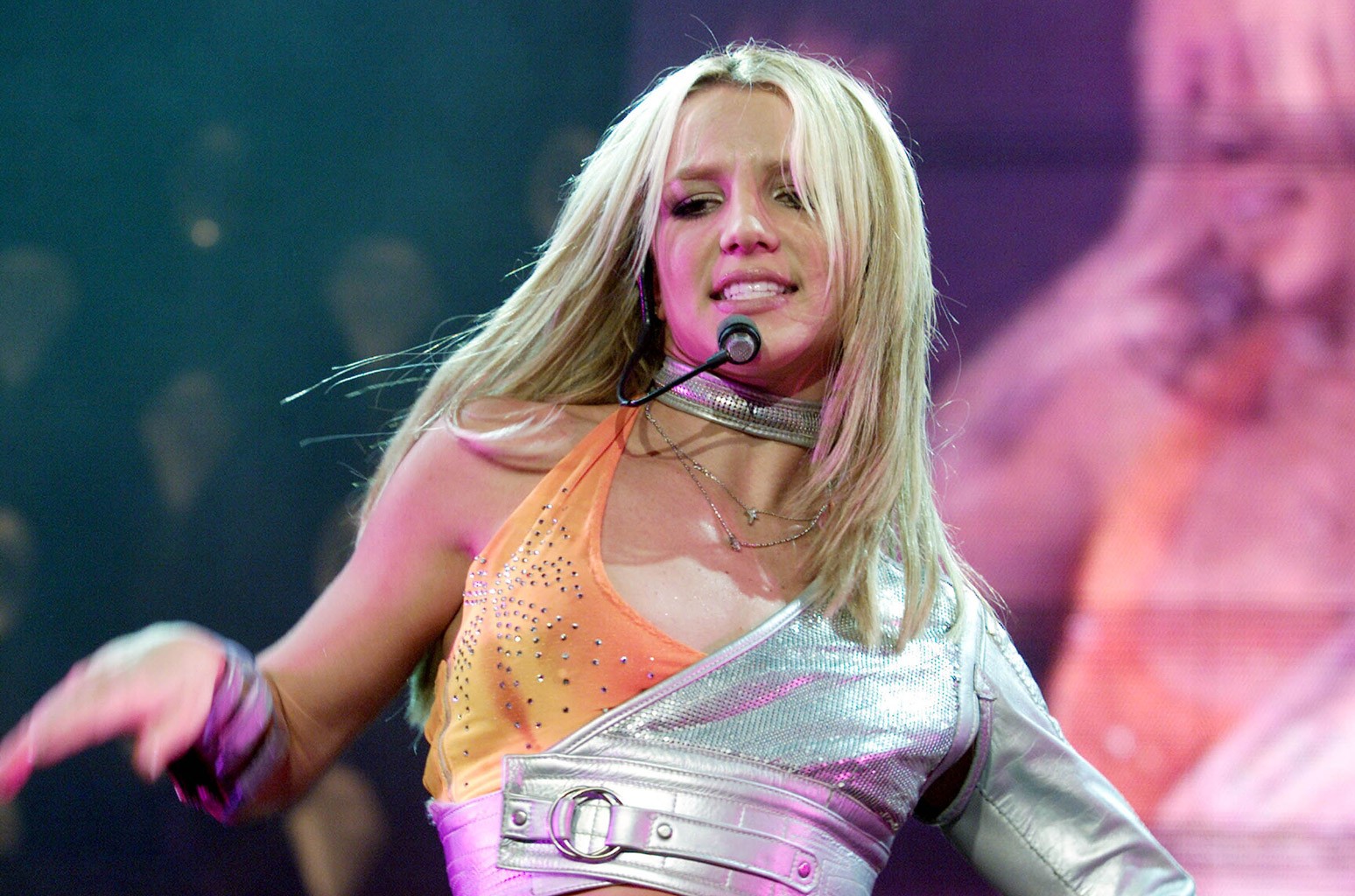 In the midst of almost-daily drama in her conservatorship battle, Britney Spears took time out on Wednesday (July 7) to post a series of pics that had fans asking a lot of questions, such as, “where did your tattoos go?” In the first snap, Spears posed topless in the bathroom, her hair swept to one side while she wore just a thin necklace.

Eagle-eyed observers immediately commented, “where’s the fairy tattoo?,” “or neck tattoo?” and “or the healing in Hebrew on the back of her neck?” While Spears didn’t comment on the snap — other than including a trio of ballet slipper emoji — fans immediately took the implicit message to be “Britney’s Back!” As for where the skin art went, Brit’s next post didn’t exactly answer that question, but a third image did the trick.

In her follow-up post, Spears, 39, included a drawing of a wide-eyed Margaret Keane-like girl with flowers in her hair and the message, “Our Father who ART in Heaven HALLOWED BE THY NAME!!!! Pssss you better F—ING BELIEVE IT!!!!” That one was confusing, but the next illustration ironed it all out.

“While you’re talking behind my back feel free to bend down and KISS MY A–,” it read, along with an image of woman flipping off the camera. Her caption then explained the whole missing tats thing. “Ok so … I edited out my tattoo on my neck cause I wanted to see what it would look like clean ‍♀️‍♀️‍♀️ … and yeah I like it better so while you guys are talking behind my back go ahead and kiss my a– haters !!!!!!”

Spears’ posts came as the singer is exerting increasing autonomy over her life and career after a 13-year conservatorship that Spears told a court last month has been onerous and painful. After the singer’s harrowing account to a judge of what she says has been years of her family and management taking advantage of her and exploiting her situation for their own financial gain, things have quickly escalated, with both her longtime manager Larry Rudolph and her conservatorship lawyers resigning this week.

Check out the posts below.