Boba Fett Is Coming To Fortnite Next Month 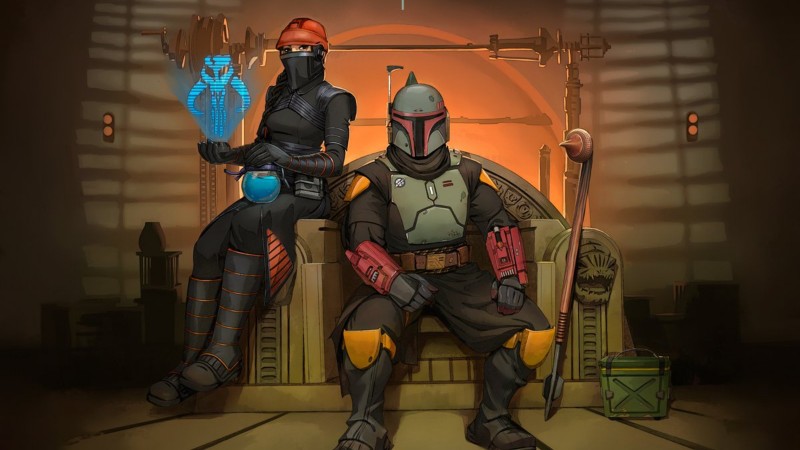 The famed bounty hunter Boba Fett is coming to Fortnite in just a little over a month.

This news comes by way of the official Fortnite Twitter account, which announced the news as part of Disney Plus Day last week. Perhaps an early Christmas present for those that celebrate the holiday, Boba Fett will be added to Fortnite (presumably as a purchasable skin in the Item Shop) on December 24.

It’s excellent timing, too, because Disney’s upcoming Disney Plus show about the bounty hunter, The Book of Boba Fett, launches five days later on December 29.

Boba Fett will be making his arrival on the Island December 24, 2021 at 7pm ET! #DisneyPlusDay pic.twitter.com/cj9iC6WRBZ

As you can see in the Tweet above, Boba Fett is pictured on a throne with Fennec Shand, who is played by Ming-Na Wen in The Mandalorian, right beside him. It’s unclear if Fennec Shand will be joining the Fortnite roster, and while it would be cool, the actual words that accompany the image in the tweet suggest that just Boba Fett is joining the game.

Only time will tell for now – you only have to wait about six more weeks to find out. While waiting for that, check out the first trailer from The Book of Boba Fett and then read about how Dark Phoenix from X-Men is being added to Fortnite. Read about how something from Naruto Shippuden is coming to Fortnite soon after that. Then, check out Game Informer’s list of all the Marvel and DC superheroes and supervillains in Fortnite.

Will you be picking up Boba Fett in Fortnite next month? Let us know in the comments below!