Blood Bowl 3: a trailer dedicated to the Black Orcs, they will be part of the new teams 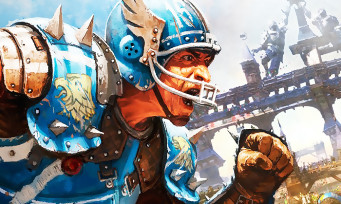 Among the new teams that will feature in Blood Bowl 3, it will be necessary to reckon with that of the Black Orcs. This is indeed what recalls the last trailer posted online by Nacon, who takes the opportunity to repeat that the game will land next August. “Alongside a Troll, whose extraordinary savage power is matched only by striking stupidity, and Goblins tasked with carrying the ball and creating redundancies on the pitch, their favorite tactic remains reaching the zone. in-goal by brutally crushing the opponents who try to block their way“, we are told in the press release.

Lasting five minutes, the sequence reviews the main strengths of this team which, you will understand, has physical capacities well above average. That’s not all, because it can also demonstrate extreme agility and speed of execution. Side weaknesses – and as underlined above – it will be necessary among other things to pay attention to the unpredictability of the Troll, the latter being likely to injure his own teammates. As for the Goblins, if they are neutralized by their opponents, the entire mobility of the team will suffer.