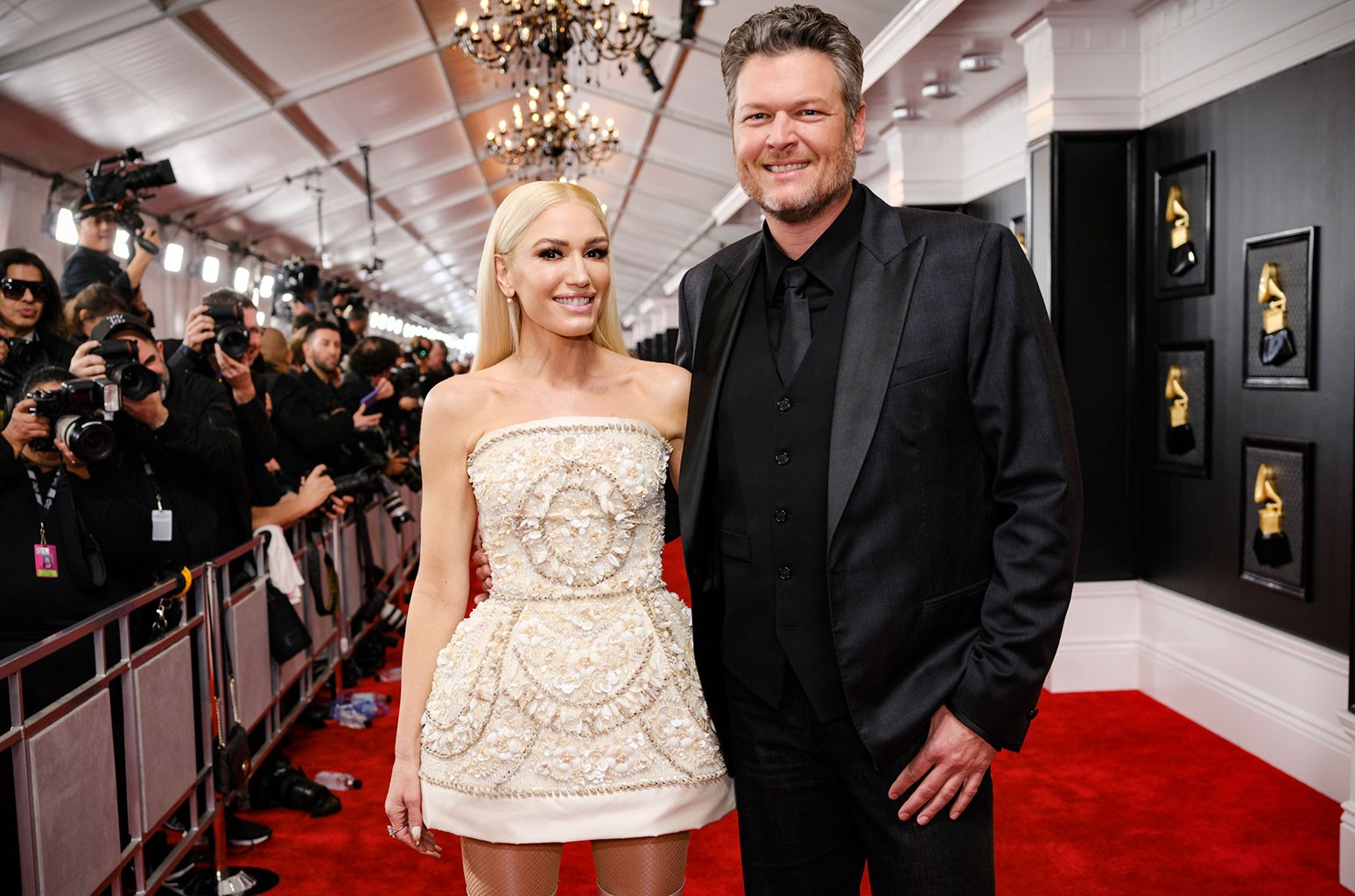 The newlyweds that play together, stay together. Or so it seems for Blake Shelton and Gwen Stefani, who surprised fans at the country star’s Ole Red Bar in Tishomingo, Oklahoma on Thursday (July 15) with an intimate mini-set. In video of the performance posted by 93.1 Katy Country the couple sat side-by-side and gazed into each other’s eyes as they sang their duet “Happy Anywhere” from Blake’s 12th studio album, Body Language, which dropped in May.

With fans packed in behind them and Stefani looked right at home in tight jeans, white tank top and brown boots as Shelton strummed an acoustic guitar right next to her. There they were, staring face-to-face for a spirited run through another one of their collabs, 2020’s “Nobody But You,” singing the chorus in perfect harmony.

Blake invited his fans to the secret soiree earlier in the day, telling them to come on down if they didn’t have anything else going on. “I’ve got some shows coming up soon so I’m gonna be rehearsing today around 4 CT at @OleRed’s The Doghouse in Tishomingo,” he tweeted. “Come on out and get yourself a drink if you’re bored. I repeat it’s only a rehearsal… It may not be good but at least it’s free!”

Stefani and Shelton got married on July 3 after almost six years of dating, exchanging vows on the country star’s 1,500-acre Oklahoma ranch in a ceremony officiated by their The Voice castmate Carson Daly.

Watch some of the Ole Red performance below.